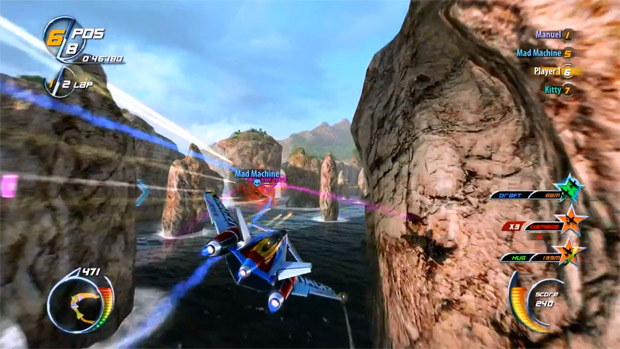 Digital Reality’s aerial racer has gotten a bit of downloadable content. For $1.49 (or 160 Microsoft Points), the Extreme Fighters Pack adds three new playable planes to SkyDrift. As per usual, each comes with four skins.

That second one looks amazing — almost worthy of its own ’80s cartoon. The developers are also teasing more DLC for next week, which supposedly features new modes and multiplayer arenas. That’d do the trick.