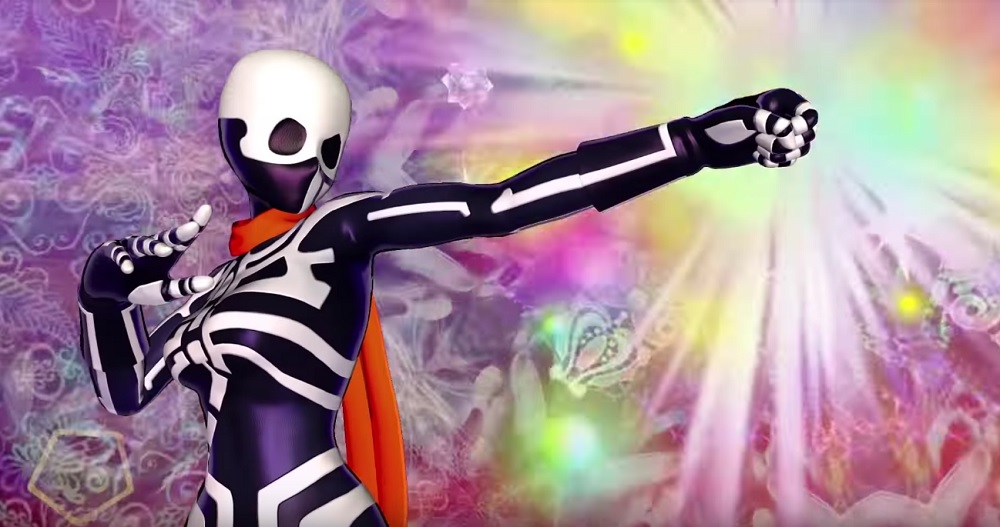 Wacky superhero getting in on the action

In one of the oddest crossovers in some time, Fighting EX Layer’s notorious brawler Skullomania is set to join the femme fatale roster of fun tag-team smackfest SNK Heroines: Tag Team Frenzy. I know some of you called this, so well-played.

Skullomania made their debut in the Street Fighter EX series – turning many heads with their weird look and bizarre fighting style – will join Terry Bogard in the gender-bending ranks of the goofy fighting title. Bogard himself is to make an appearance in Arika’s Fighting EX Layer, so I guess this crossover is a favour returned.

As sexy as a gal as they are as a guy, Skullomania can can be seen in a new trailer spotlighting her chaotic martial arts style, including an amusing take on her slideshow Dream Finish, which apparently includes her and the opponent taking time out for a spot of tea. Skullomania will be made available to download as a paid DLC character on October 11.