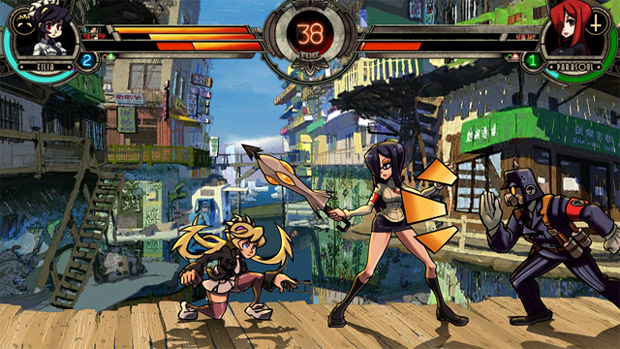 Roughly a week ago, we learned that Konami was demanding that Skullgirls be delisted from the Xbox Live Arcade and the PlayStation Network. Although we still don’t know exactly why this is happening, we do know that developer Lab Zero is working on a solution. That solution is called Skullgirls Encore.

On December 31st, both versions will be removed. The game will then be added back to the Xbox Live Arcade and PSN, but this time as Skullgirls Encore. The transition will take place over an undetermined period of time, but Lab Zero states that they “expect” it to be completed in January 2014, depending on the platform and region.

The developer has detailed every situation in its blog, so look for your particular instructions here. Here are the important bits — the PS3 version will be Cross-Buy into Encore — the XBLA version will be seamlessly updated automatically in January — both platforms will still allow for online play during the transition — the character Squigly will be added as a free update in Encore.

If you’re playing it on PC, you’re good to go. The game has already been updated with the Encore title screen. Nice job, Lab Zero!

Skullgirls Encore And You [Lab Zero]