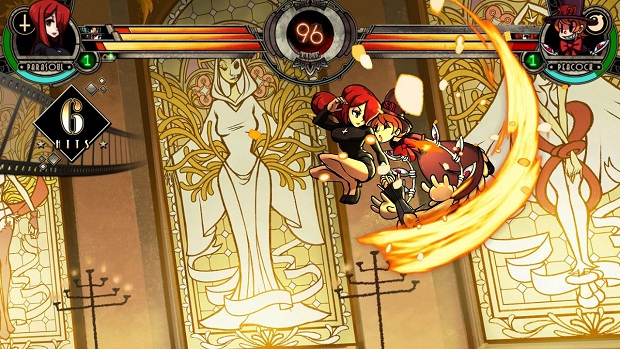 We’ve been covering the development of 2D fighter Skullgirls, currently being worked on by Autumn Games and Reverge Labs, ever since its debut trailer back in February of last year. Since then, we’ve showed you some delightful artwork, picked the brain of the game’s creator and creative director Alex Ahad, given you some E3 assets to chew on and played an umbrella-wielding princess named Parasoul who’s able to chuck balls of napalm at her foes.

Reverge Labs’ Designer, Producer and Community Manager Peter Bartholow has shed some more light on what exactly the story in Skullgirls is all about with a new trailer, as well as revealing that the upcoming fighter will feature a tutorial, ranked and unranked online play, an arcade mode and several extra PS3-exclusive Trophies.

Peter Bartholow also teased the announcement of the 8th and final character, release date and price of Skullgirls so that’ll be something to keep an eye out for.