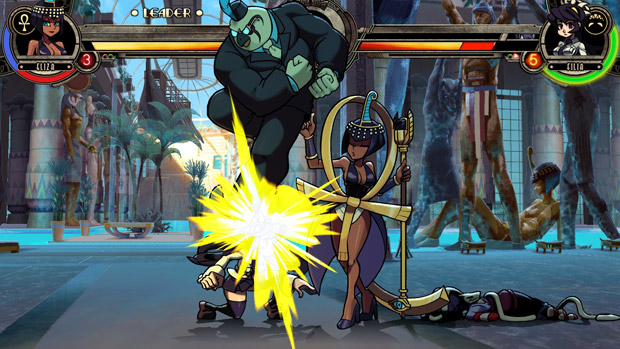 First, the not-so-great news: Skullgirls Encore won’t be out for PlayStation 4 and PS Vita until next year. Developer Lab Zero Games has “expanded the scope of the port and [is] adding new features with the aim of making it a better upgrade for fans and a better value for everyone.” Can’t be upset at that. A longer wait, sure, but worthwhile in the end.

For now, current Skullgirls Encore players can download the latest character, Eliza, who was made possible thanks to Indiegogo backers. She can morph into Egyptian mythological symbols, y’all. Be sure to download her sooner than later — she’s free for three months.