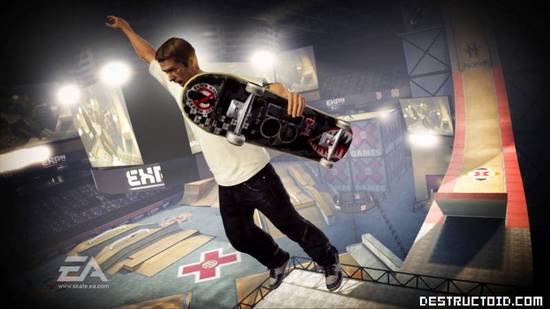 Electronic Arts has announced that their upcoming potential Tony Hawk replacement, Skate, will see release on the Xbox 360 on September 12. The PlayStation 3 version of the title will follow the next week, shipping on September 24.

While everyone waits, PlayStation 3 owners should find a friend who has an Xbox 360, as EA will also be releasing a demo of Skate on Xbox Live Marketplace on Wednesday, August 15. The demo will include tutorials and challenges in one of the game’s areas, the San Vanelona community center skate park. Also included is the awesome “skate.reel” feature that was demoed to us back at E3 — players will be able to capture footage of their session anytime during the demo and then share that footage online for other players to view, rate, and comment on.

Check the gallery for some new screens to wet your whistle, and don’t miss our hands-on E3 preview.