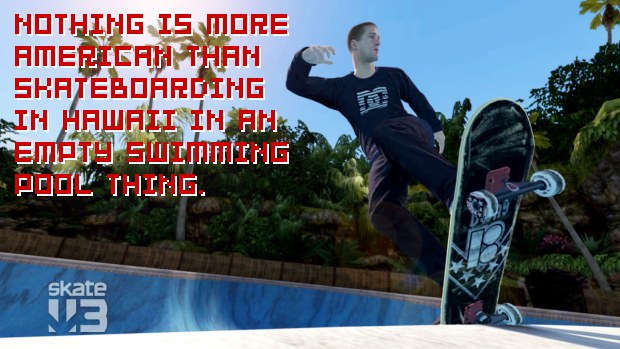 The Hawaiian themed skate park was personally designed by skateboarder Danny Way, who will now be a playable character, and is going to land on Xbox Live this Tuesday for 560 MS Points and on the same day on PSN for $6.99. It also includes 24 new challenges and plenty of new items for designing your own dream skate park.

The press release we got also made mention of the DLC featuring Danny Way’s signature Mega-madness. No idea what that is, but they seem to think we should. Theories?