Super spy Sam Fisher is back after saving the President in 2010’s Conviction. Third Echelon has been dissolved, and in its place is Fourth Echelon. Yes, very original.

Sure, not the most creative name change, but there is indeed a significant shakeup with the the spy organization as Sam is in charge of all operations now. But just because he’s in charge doesn’t mean he won’t still get his boots dirty.

Blacklist brings up a number of changes to the serious, and I found six striking things that all fans should know about from my recent hands-on time. 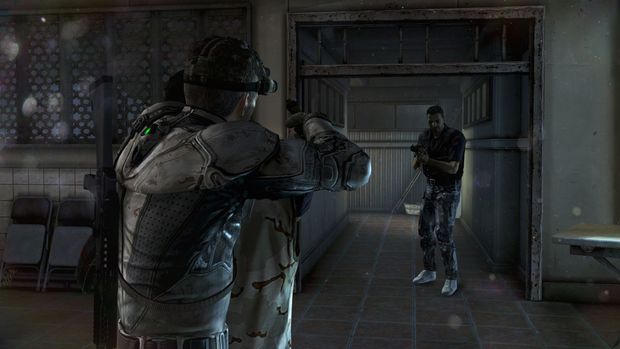 Out of all the additions to the Splinter Cell franchise, the last thing I was expecting was an economy system. Basically, whatever you do in the story, co-op, and versus modes will net you money that can be spent on items across all the modes. Players can buy different types of outfits that give you certain stat boosts, as well as various weaponry.

You’ll earn money for whatever you do (at least in

single-player), but you can also earn bonuses by completing in-game challenges that will regularly pop up in missions. One example of this was earning $750 after performing a few stealth kills in a row.

The items you buy can be based on your playstyle as well, so you can focus on purchasing stealthy equipment or items that will increase your body armor and fire power. There’s some silly cosmetic items too, like different camouflage designs and even different colors like blue, red, and more for the iconic goggles. The choice is yours, and you’ll be able to create multiple loadouts to pick from before jumping into a mission.

Yes, I know what you’re thinking: How will this affect multiplayer? I asked senior producer Alexandre Parizeau this question, and while they weren’t talking anything beyond single-player, he did tell me that the team is aware of the “potential balancing issues” from this system.

Your home base is a big-ass airplane

Between missions, Sam will work with his Fourth Echelon team on the Paladin airplane, a mobile airbase that will be the bridge between the game’s modes. Maxime Beland, creative director on Blacklist, is hoping to ship the game without a main menu system and instead have all three modes be unified on the Paladin. For the demo build, players could look at a world map on the airplane to view all available missions in single-player, join someone in co-op, or just jump into one of the game’s multiplayer modes.

The Paladin also serves a gameplay purposes, and like Sam, it can be upgraded. Before my second mission, I upgraded the Paladin to provide radar support, giving me a mini-radar display on my HUD. In the E3 demo, we saw a missile strike that was delivered via to the Paladin.

Players can also get to know their team better while on the Paladin and get additional side missions they can take on to help the team out and earn more money. These are optional, though, and can be ignored. Who has time for side missions when America is under attack?! 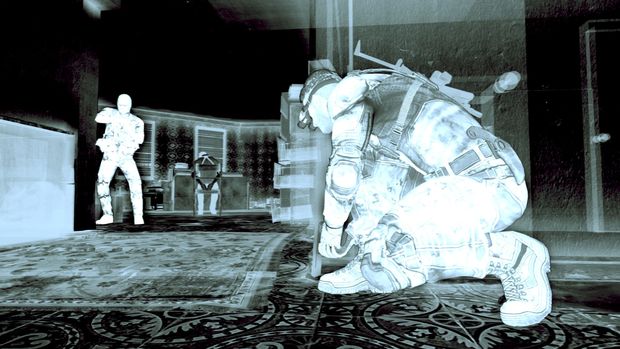 There are two stories

At the base level, Blacklist is about a group of rogue nations attacking US interests with one demand to the President: Remove your occupying troops from our countries, otherwise the terrorist group, known as The Engineers, will continue their attacks. So the President calls upon Sam to help put a stop to the plot.

At the same time, Blacklist is about reestablishing the iconic Sam Fisher — the green goggles, tac suit, knife, etc. At the same time, Sam will be growing as a character. He’s gone from a lone wolf agent to completely calling all the shots now. This is new territory for Sam, and you’ll see the dynamics of the rest of the Fourth Echelon team grow as they all learn to trust and depend on each other.

I played two of the earlier missions, and Sam was definitely coming off as a dick. The whole group dynamic was rather hostile actually, presenting some extreme takes on Hollywood tropes. You have Sam as the grizzled veteran who doesn’t want to work with others, the hardass second-in-command who questions Sam’s every moves, the newbie soldier set in his old ways, and the snarky, wise-cracking hacker nerd who thinks he’s hot shit. It was to the point that I didn’t want to care about any of them at all thanks to their characterization. 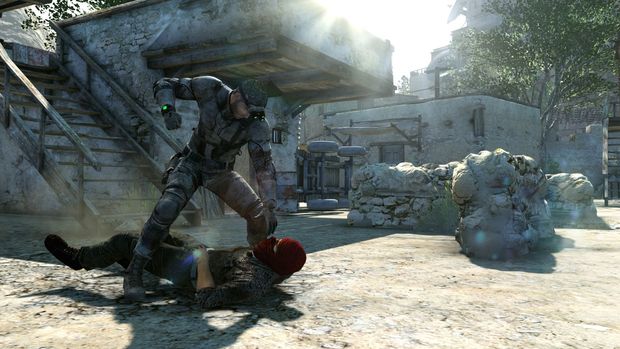 At any point in the game, players can press a button on their controllers for Sam to call out for someone’s attention. “Hey, over here,” Sam will utter. I don’t know about you, but if I were to hear someone say anything from out of nowhere, I’d shoot first and ask questions later. If it were me, I’d make an animal noise. Meow like a cat or something, not use actual spoken language!

Well, once someone hears you, they’ll slowly approach your position, at which point the player can perform a stealth takedown.

You can also be exposed for a good three to four seconds in the open, and enemies won’t immediately detect you — at least on Normal. After that, though, they will register your presence and engage you. They’ll go after your last known position and slowly hunt you down all around the area looking for you. So while the AI was somewhat dumb, it did make me happy to know that they don’t revert back to their patrol pattern, forgetting you even exist like in most games. 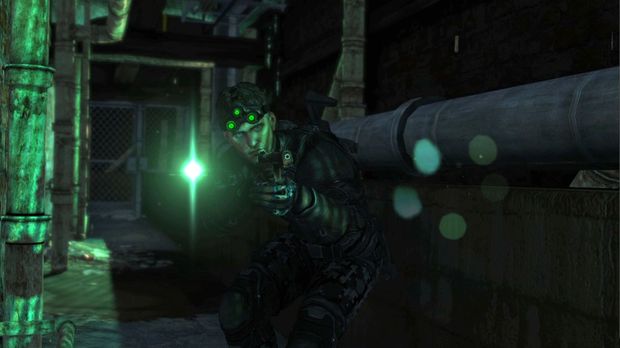 There are three playstyles

“A pet peeve I had from Conviction was that I felt that Sam was very static,” Maxime told us. That’s not the case anymore in Blacklist, as Sam is a more agile and fierce opponent. After killing someone, Max can activate an execute move, which allows him to swiftly kill up to a max of three opponents in one fluid and stylish motion, all while on the move.

Sam can also “parkour” his way around obstacles as well, swiftly jumping over obstructions and climbing up walls as you simply hold down the A button.

These particular moves will be useful if you’re playing either in the Panther or Assault style. Assault is more your traditional action persona, where you’re just killing whatever without a care in the world. Panther is the middle ground, where you’re killing whoever but with a focus on stealth. Then there’s Ghost, which is for the players who prefer to never kill or be seen.

You’re not stuck in one particular setup, but rather this is what Ubisoft has identified as the three most common playstyles by players. You can be a Ghost in one level then an Assault in the next — you’re free to play however you want. From what it sounds like, playing a certain way doesn’t really affect anything within the game. The options are there, but it doesn’t really matter beyond your own personal satisfaction.

And as far as a no-kill run goes, about 95% of the game can be played without having to kill anyone. For story purposes, however, there will be characters that you have to kill. 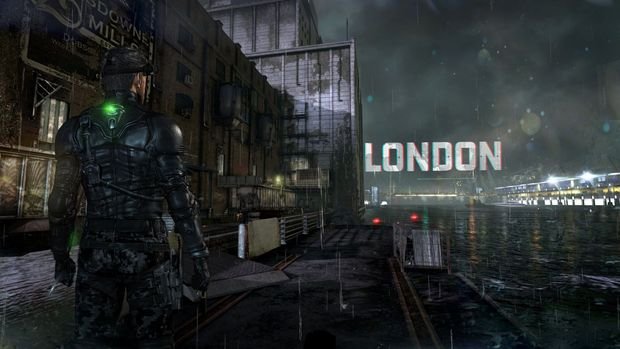 Probably the biggest disappointment from my hands-on time was how extremely linear the levels were feeling. Now, there were a lot of ways to take out enemies as you went along thanks to all the gadgets at Sam’s disposal. In one level, Sam threw out a sticky camera to view some blind spots, then used a remote control mini-copter to search a warehouse and take out enemies with small electric blasts.

So there will be lots of ways to eliminae enemies, but getting from point A to point B feels very straightforward. Ubisoft seems very focused on telling its story, and at least based on what I saw, the levels are designed to drive you to your goal along one specific path.

After coming off of highs like Dishonored and Mark of the Ninja with everything they’ve done for the stealth genre, playing Blacklist felt rather disappointing.

All in all, some of the mechanics are interesting and the visuals are pretty great, but some of the core elements left a lot to be desired for. I’m not yet ready to dismiss Blacklist completely though, as I want to see what’s going with the multiplayer. We know that Spies vs. Mercs will be back, so that’s more than enough to keep me interested as the game develops.