When I received an invite to the Torchlight II beta, I let out a noise that can only be described as a “yelp.” It was a happy noise, one that I wasn’t quite sure I was capable of making. “This will be a great time killer until Diablo III comes out,” I thought. Well, now that Diablo III is out, I still find myself booting up the Torchlight II client quite often.

What was it that pulled me away from a game I had been anticipating for the better part of a decade? Well, quite a few things, really. It’s not that I think Diablo III is inherently a bad game, it’s just that Torchlight II does a few things better, some of which are pretty crucial to my enjoyment of the game. 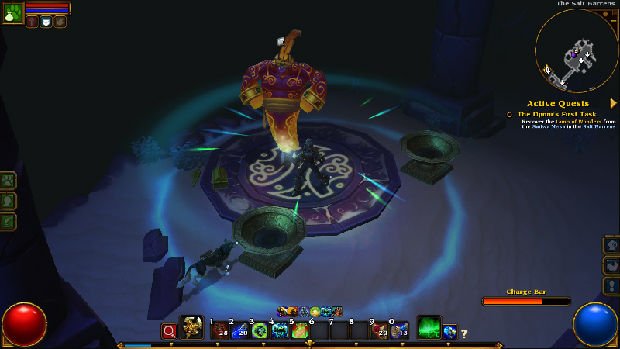 I’m not sure if you knew this, but you can’t play Diablo III without an Internet connection. Crazy, right? Normally, this isn’t an issue for me, but when Blizzard’s servers go down it doesn’t matter how great my Internet connection is. I almost exclusively play Diablo III multiplayer, but the fact that the game’s playability relies entirely on a connection to their servers is an awful idea. There’s no playing Diablo III on a plane or a long car ride, ever. I understand why they did it, but I still don’t agree with it.

Torchlight II, however, is a saving grace for those long trips. Not only can you play offline, but you can also play over a LAN connection! It feels a bit bizarre to be toting this as such a great feature in the year 2012, yet here we are. Now that that’s out of the way, let’s move on.

Pets are better than mercenaries

My absolute favorite feature of Torchlight II may be the pet that accompanies your hero. You can now choose from eight different pets, each of them COMPLETELY ADORABLE. Naming your pet is one of the toughest decisions you’ll make when playing Torchlight II. It has to be something that reflects the animal and the personality you give it in your brain.

They’re obviously better than the mercenaries in Diablo III, but if you don’t believe me I’ll get more specific. Mercenaries often talk to your character in Diablo III, and while these are pretty enjoyable to listen to, they can repeat and instantly soil the experience. Pets are silent warriors, removing that issue altogether. Mercenaries can hold some of your inventory for you, but pets can take that inventory and go sell it back at town, allowing you to continue adventuring. Oh, and while they are there, they can also pick up some scrolls or potions for you if you need them. This allows you to pick up each and every item, unlike Diablo III which gives absolutely no reason for picking up an item that isn’t magical or unique.

There’s a special connection that humans have with animals, something that cannot be matched by other humans. This was evidently clear when I was constantly monitoring Slobbers’ (my bulldog’s name in Torchlight II) health, while I never once glanced at what’s-his-name’s health in Diablo III. When it comes down to it, pets are just better than mercenaries.

Matt Uelmen may not be a common name to you, but if you played Diablo II for all of middle school like I did, you know of his work as a composer. He was one of the geniuses behind the music of Diablo II and its expansion, Lord of Destruction. The music in Diablo II is perfect for adventuring and meandering around the many large areas. You might not immediately notice it, but after playing for a while you start to notice just how fitting the music is.

Well, guess who’s over at Runic Games making the music for the Torchlight series? That’s right, Mr. Uelmen is! In fact, I’d say that the music of Torchlight II definitely has a similar vibe to Diablo II at times. It’s great music to have in the background as you walk across the vast landscapes. Diablo III’s music isn’t bad by comparison, but the game and the music have a different tone when compared to Torchlight II.

Before I begin: I don’t particularly mind the skill system that Diablo III has put in place. It definitely allows for way more experimentation; at least once you turn on Elective Mode. However, there’s just some sort of magic that’s taken away once leveling up is done automatically for you. Your freedom of choice is gone. Leveling up in Diablo III is much more hands-off than its predecessor, since you don’t actually do anything as you gain experience.

Torchlight II satiates that need to drop points into skills and attributes. This offers way more specialization and fine tuning of your character as you progress, something that you just can’t do in Blizzard’s latest hellish jaunt. Oh, and no worries — Torchlight II has a respec option, allowing you to undo all of your points and redistribute them how you like. (EDIT: This has been changed since the beta — you can now only respec the last three points. Sort of a “try before you buy” mentality)

For example, in Diablo II, I created a throwing Barbarian. I absolutely love trying to make “gimped” character builds work out. Diablo III has a throwing skill for the Barbarian, but it’s hard to specialize in it. I can use it more often (albeit limited by my Frenzy meter), but other than that I’m just like everyone else. 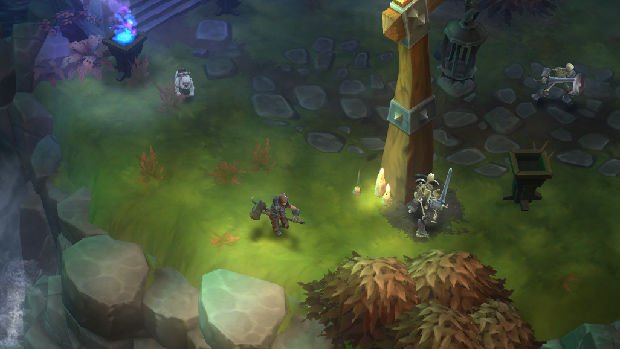 As mentioned before, I primarily have multiplayer experiences while playing Diablo games. Playing Diablo III alone feels like you’re missing out. Playing with others is Blizzard’s clear intention, with single-player feeling more like an obligation on their part. Of course there’s always the possibility that you can’t play single-player at all because the servers are down or you’re not connected to the Internet.

Torchlight II‘s single-player just feels more refined. Perhaps the pet adds more to the solo experience than I thought, or maybe the game’s structure is simple better laid out for a lone rider. You also don’t need to play through the entire game once to unlock a harder difficulty. If you want a real challenge, you can start on the hardest difficulty with a level-one character. All that I can say for certain is that I never got the feeling like I was missing out while playing Torchlight II alone like I do when I play Diablo III. If you’re going it alone, your choice of RPG should always be Torchlight II.

Mods are what make the PC world go ’round. Half-Life mods have spawned entire series of world-class games; DayZ has recently re-invigorated ArmA II sales exponentially; Minecraft mods have shaped the game as we know it today. Putting a game’s tools in the hands of the creative masses will almost always result in great things. Even the terrible mods are often entertaining for at least a little while.

It’s impossible to tell what kind of mods will come out of the Torchlight II community, but I have some pretty high hopes. Hell, even if it merely ends up spawning more well-crafted dungeons I’d be completely content. The possibility of mods will always keep me interested in a game well past its campaign mode. The fact that Torchlight II will allow for mods goes to show just how much of a “love letter” this game is to its fans. Allowing for mods allows players to change certain aspects of the game they may not like, and the developers realize that not every decision they make will please everyone. 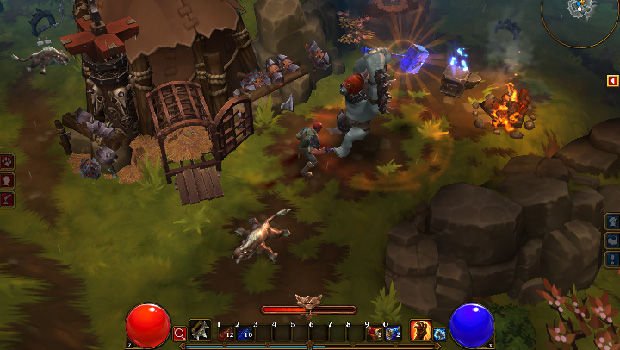 There’s absolutely no reason why you can’t play and enjoy both Diablo III and Torchlight II. Each of them excel in different areas unmatched by the other. If your loot lust is as strong as mine, you’ll take any opportunity you can to kill things and watch precious items spew out of their corpses like a beautiful fountain of rare and unique items.

Torchlight II has a cheaper price, wonderful art, and a splendid sense of humor. Will Torchlight II be better than Diablo III when it comes down to brass tacks? Maybe, but only time will tell. Whether you’re disappointed with what Diablo III brought to the table or you just loved the first Torchlight, Torchlight II will not disappoint.