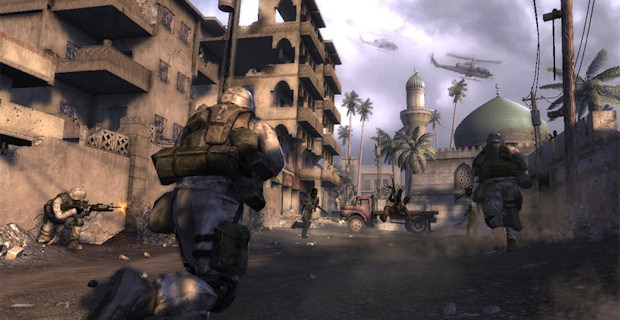 When Six Days in Fallujah was first announced as an FPS based upon the real-life Middle Eastern conflict, people jumped at the chance to take a sh*t all over it. Konami lost its nerve and dropped the title, while studio Atomic Games was declared “pretty much dead.” Fortunately for Atomic, it’s still alive, and apparently so is Six Days.

Studio president Peter Tamte confirmed the game still has a pulse while talking to the Marine Corps Times. Right now, Tamte is working with his other company, Destineer, on a “family friendly” first-person-shooter for Wii called Marines: Modern Urban Combat. Players control a four-man rifle squad sent to Beirut to foil the schemes of Syrian and Iranian government factions. Yeah, sounds like fun for all the family, doesn’t it?

Going back to the game you actually give a crap about (somewhat), Tamte has said that Atomic “remains committed” to finishing Six Days in Fallujah, and that new partners are being sought. I wish them all the best, too. I think it’s important games making bold steps get made. Even if they screw it up, we won’t get better at these things unless we have a chance to make mistakes.