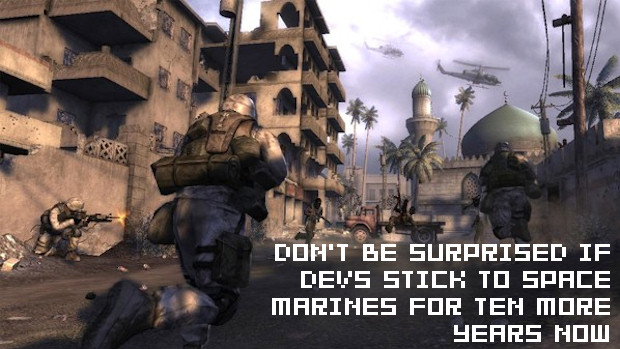 It looks like one brave (if foolhardy) decision to set a game in Iraq has spelled death for one poor developer. While those that gathered around to criticize Six Days in Fallujah like flies on dogsh*t would likely be glad to hear this, it’s sad that Atomic Games is now “pretty much dead.”

“Out of 75 people, less than a dozen are left and about a third of that isn’t even developers,” a source told Industry Gamers. “The remaining team is basically a skeleton cleanup crew that will be gone soon too. They are trying to downplay the extent of these layoffs, but the reality is that Atomic is pretty much dead.”

This word from the inside follows the news that Atomic had suffered staff cuts, but the extent of the damage was not made clear. If this source is to be believed, then it looks like Six Days has proven fatal for the studio. From the sounds of it, Konami has essentially hung Atomic Studios out to dry, killing off the entire company due to cold feet.

It’s really sad, too. Konami had no real business attaching its name to the project if it didn’t have the balls to see it through. Atomic’s dead in the water because it dared to try something different, even if it did so with a slight naivety in regards to the backlash that was in store. Sad state of affairs indeed.