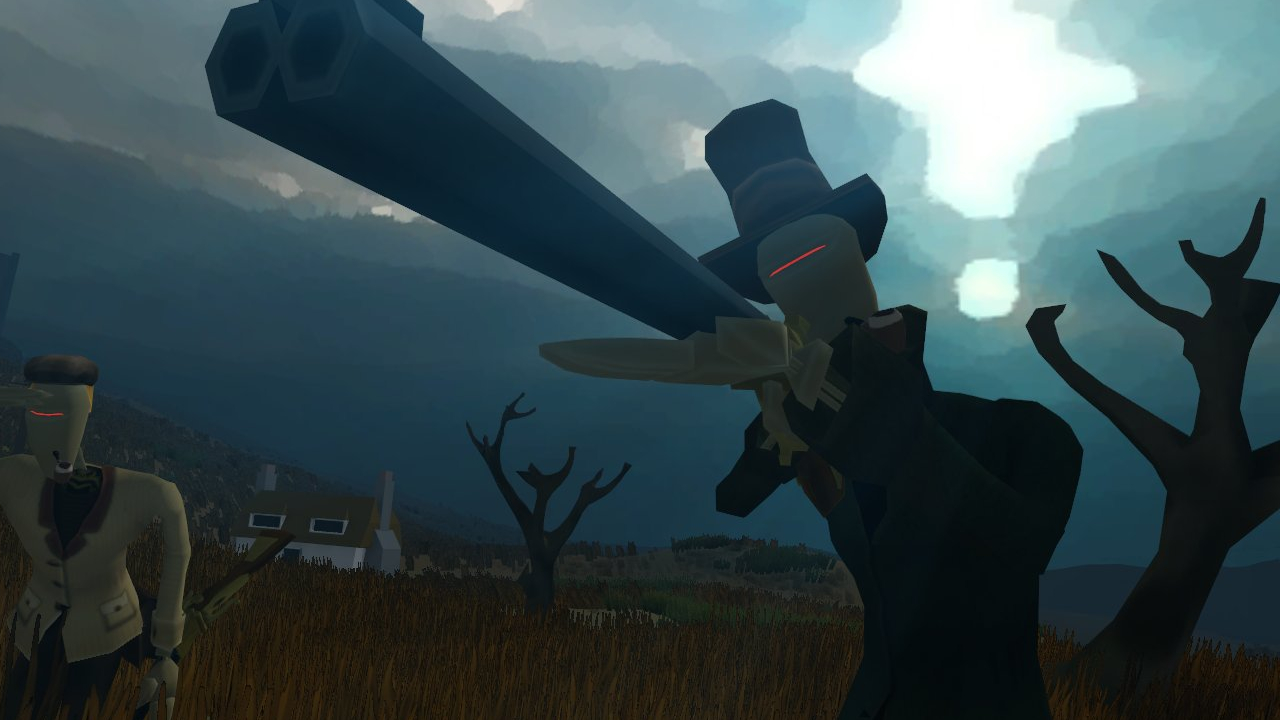 Robots aren’t the only threat now

Sir, You Are Being Hunted was my personal Game of the Year™ for 2014. With its fantastic British tweedpunk art style, some really neat AI and tense-as-hell stealth, it very quickly became a very special game to me. Now, I’ll be able to share the experience with someone else, as at long last the Multiplayer mode is on its way.

It’s currently in a very early form, meaning players will have to run a server for themselves and do a bit of technical wizardry to get it to work, and when it does there might be a lot of bugs not found in the normal game. But it’s there. It exists. I can watch my friend be shot to shit by a robot on the back of a robo horse!

Currently, the multiplayer is a strange mix of co-op and competition. Only one player is able to escape from the island, so finding and hording fragment parts will become a legitimate strategy later on.

A guide on how to set it all up is available on developer Big Robot’s website, and there is a video below should you want to see it in action first.