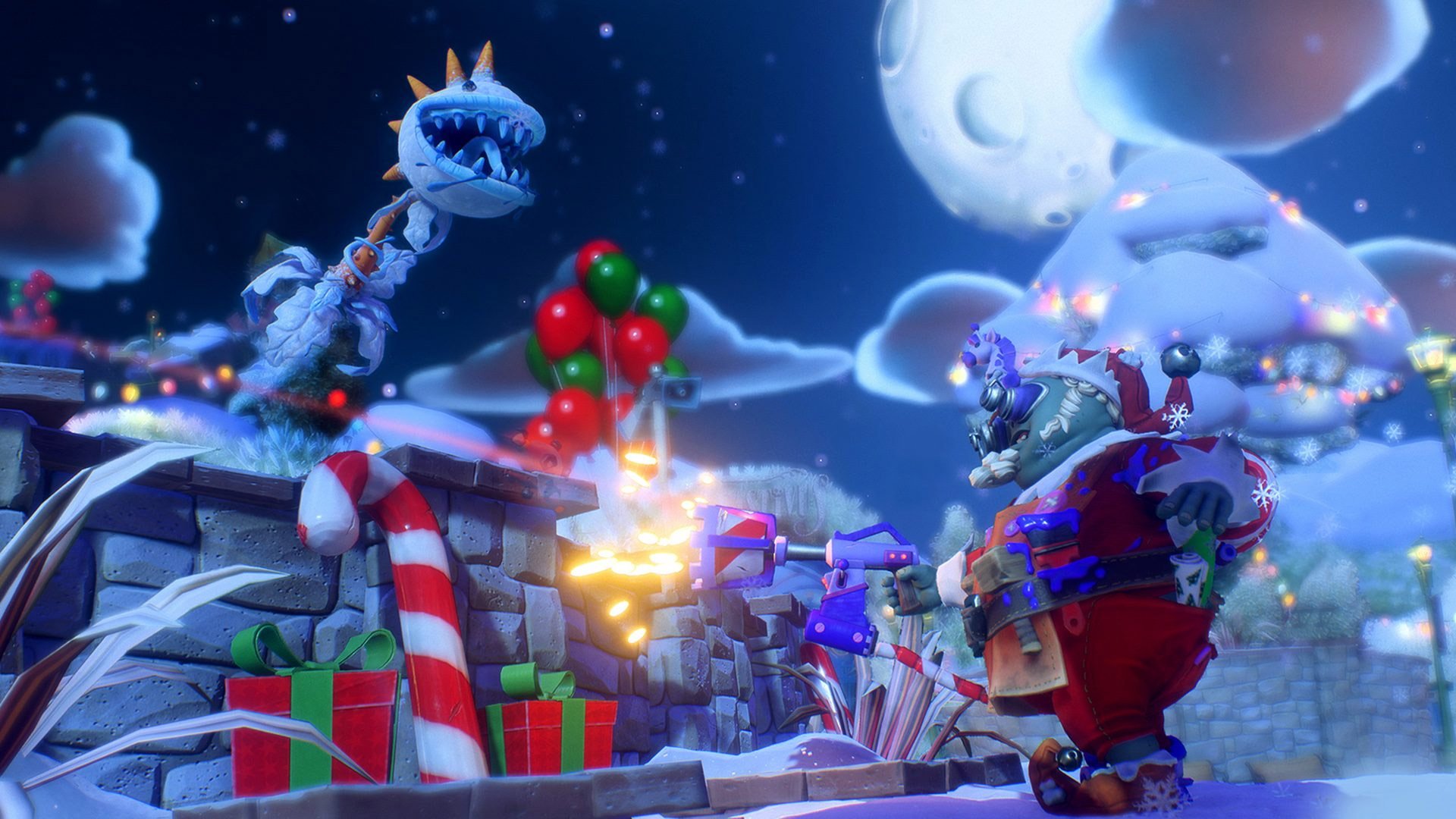 It’s been December for not even two whole days and I’ve already watched my first traditional Christmas movie (Jingle All the Way – don’t ask). There’s no escaping it. Soon, holiday cheer will come for us all.

Plants vs. Zombies: Battle for Neighborville is getting into the spirit with a snowy present-filled makeover of Giddy Park, a social hub where plant and zombie players can mingle and duke it out. Alongside update 1.03, PopCap went ahead and booked Sir Patrick Stewart to recite a festive poem.

You don’t need to love Plants vs. Zombies to get a kick out of this. The man has a way with words!

In terms of new content, Battle for Neighborville has a multiplayer map – Oozevoir – that’s full of pink goop. It’s playable in Team Vanquish, Mix Modes, and Ops. Otherwise, the 1.03 update is cosmetic-centric. Rux’s Emporium started selling outfits in exchange for a new type of currency, Rainbow Stars, that’s purchasable with real money ($4.99 for 500 Stars) and earnable in-game. I’m not surprised.

At the high end, there’s a bundle that costs $74.99 for 8,700 Rainbow Stars. This might be a good time for any parents in the room to double and then triple-check that their console has parental controls.

The developers also made some PvE balance changes – most notably, activities like Bounty Hunts now come with a cooldown – and players aren’t thrilled. Keeping up with ongoing challenges can be a grind. If you’re still into Battle for Neighborville, the Feastivus Prize Map has begun and there are two big carrots on the stick: a Super Rare Abominable Chomper and a Legendary Inspiration Elf Engineer.

I’m here for the legendary Sir Patrick Stewart, the holiday-themed map redesign, and that’s it.

Feastivus and Patch Notes are Coming to Neighborville [EA]