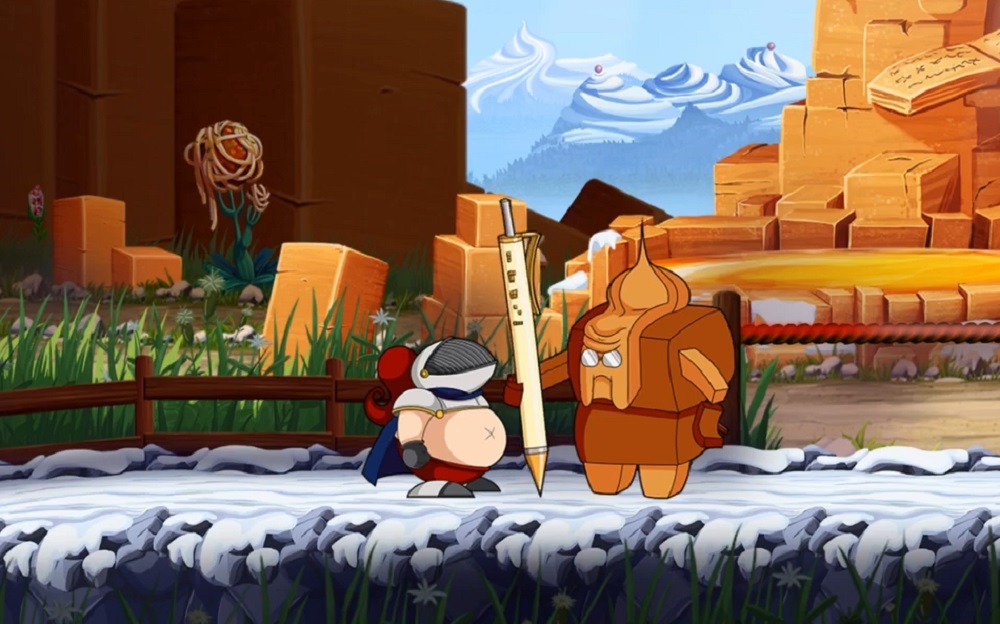 Indie developer Behind the Stone has released a launch trailer for its cartoonish adventure game Sir Eatsalot, which arrives on Nintendo Switch tomorrow, January 9. The side-scrolling title sees the titular knight on a quest to save the Kingdom of Gluttingon, which is under attack by evil witch Hysterica.

As Sir Eatsalot, players will venture through the kingdom, solving puzzles, engaging in mini-games, and enjoying encounters with a cast and friendly and not-so-friendly citizens. Sir Eatsalot places a lot of emphasis on the Switch’s touch-screen capabilities, which will be used to flick switches, clear pathways, sketch wildlife and, of course, grab food.

Sir Eatsalot looks to be a fairly simplistic action-adventure title, but has some charming looking locations and characters. Perhaps one for the younglings? In any case, Sir Eatsalot will be able to download from tomorrow, January 9, on Nintendo Switch.