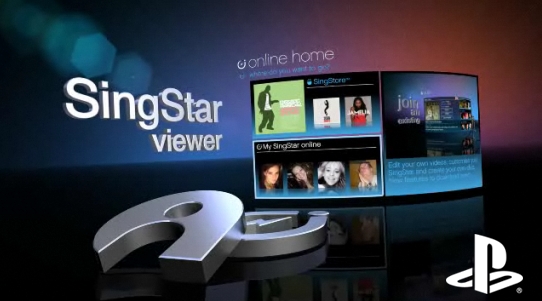 Buying karaoke tracks and watching people has never been easier than with the upcoming SingStar Viewer application for the PlayStation 3.

Available for free from the PlayStation Store, the SingStar Viewer is a standalone app that will allow you to do a slew of things only once possible from a SingStar disc. You’ll be able to purchase music, as well as watch (and rate) clips of other singers’ performances, as well as upload your own.

Once installed, the app will show up on your XMB under “Games,” and can be accessed without the SingStar disc. Previously, SingStar owners had a bond — only they could watch others embarassing themselves in front of a TV singing Robbie Williams songs. No longer — now anyone can laugh at you.

The SingStar Viewer has only been announced for Europe — where SingStar is some kind of religion — as “coming very soon.” However, it would be silly for Sony not to bring it to other territories; we’ll check in with Sony for confirmation.

[Update: SCEA confirms that the Viewer is coming to North America, though they still have not set a date for release.]