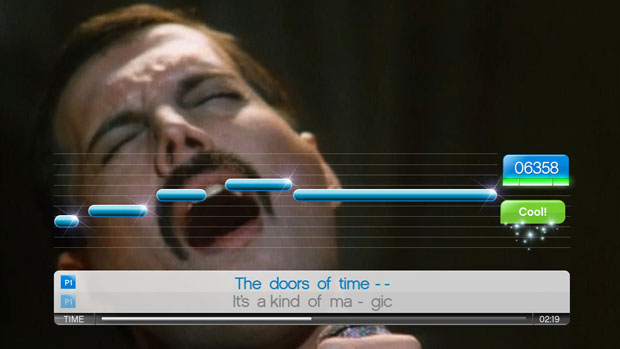 Sony Computer Entertainment America has announced that the new standalone disc for PlayStation 3 and PlayStation 2, SingStar Queen, is headed to North America on August 18.

As you can expect, it’s simply SingStar with Queen songs — 25 of them to be exact — which sounds pretty incredible. Songs include “Crazy Little Thing Called Love,” “Bohemian Rhapsody,” “We Will Rock You,” and “Fat Bottomed Girls.” You know, only 25 tracks seems a little skimpy, for sure. But considering they’re all bound to get an entire room singing, it just might be worth it. (The PS2 version will only feature 20 tracks due to lack of Blu-ray disc support, of course.)

The PS3 version will also support the new voice control menu, which will allow you to scream out the name of the track you’d like to sing. Hopefully it will recognize “muthaf**kin’ ‘Killer Queen’ b**thes!” A patch to enable this (along with a full set of trophies) is coming to the PS3 version of SingStar early next week, as well.