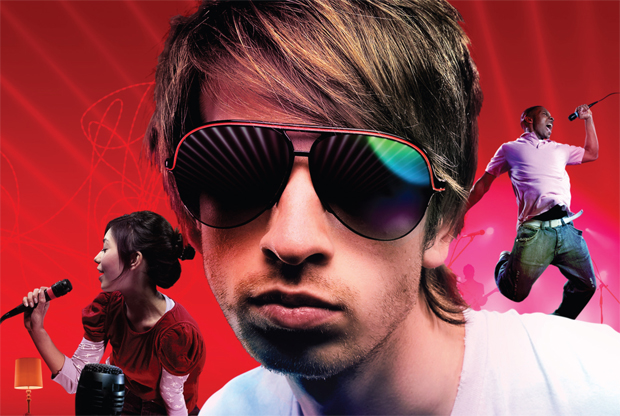 I like to swing my microphones around by their cord. That could be like a battle mode! Mic Mace mode. You have to hit your friends with a swinging mic upside the head on the beat.

That’s not at all what PS3 singing game SingStar‘s new Online Battle Mode is, though. With a new downloadable update, you can now pick the Online Battle option. From there you’ll be able to pick an opponent from your friends list. You’ll send an invite and choose a song that you both have access to, and then you’ll go at it. You’ll be able to see your opponent’s score live, as well as see them singing via the PlayStation Eye.

This downloadable update comes in June.

I want to hit that guy on the SingStar cover in the head with a mic.