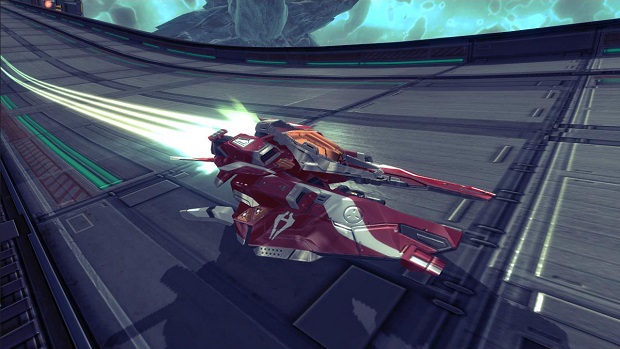 While we wait for more news on R8Games’ exciting-looking prototype Formula Fusion, Berlin-based studio and publisher GameArt has attempted to fill the future-racer void by releasing its single-player version of Quantum Rush: Online on Steam.

Quantum Rush: Champions, at one point a Kickstarter project that fell well short of reaching its funding goal, is now available on Steam Early Access for $4.99. While the page doesn’t specify what the final price will be, the finished version of the game is expected to cost more.

It’s somewhat disappointing that Champions is single-player only, but the asking price seems about right. Considering there aren’t many games available in this genre on Steam, it’s hard to nitpick over the feature. In any case, it’s nice to see somebody catering to that audience.

I spent some time playing the game over the weekend and enjoyed it quite a bit. While it doesn’t quite reach the bar set by games like WipEout, it’s still a fun little racer and works well enough to scratch that anti-gravity racing itch.