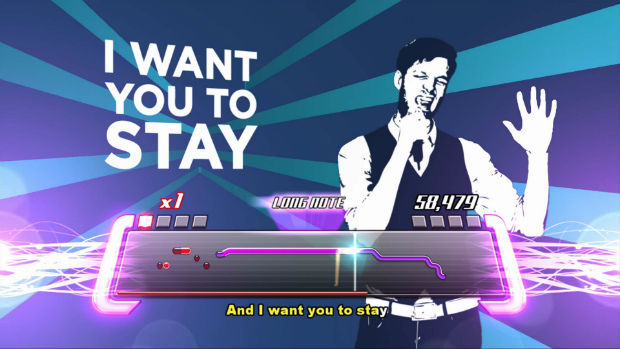 …or don’t, depending on the songs included.

Let me preface this post by saying that I don’t watch The Voice, or any of those other horrific singing shows. But I do sing a lot in my spare time. Not great or anything, but I do it for fun. And there aren’t enough karaoke games anymore now that there’s no more Rock Band tracks to look forward to. That’s why I’m so excited about Activision’s upcoming karaoke game based on The Voice.

I couldn’t give any less of a damn that it’s about The Voice or that it features Blind Auditions and Battle Rounds culminating in a Finale so that you might be named “The Voice.” I can’t be bothered with the fact that it has Party Mode, Voice Coach Mode, and it’s officially licensed as the show’s video game adaptation.

What I care about is singing. And it had better have some decent songs. There are some decidedly scant details right now surrounding the game, and to be honest it looks like hot garbage on a sweltering hot day, but it’s another chance to sing with my friends. It’s even coming out on systems all the way back to the Wii.

I want it to be good, but I think we all know it’s going to be a sad little cash grab. Maybe, just maybe, it won’t feature that terrifying little goblin Meghan Trainor and her “booty” or Taylor Swift. And Activision? If you’re listening, please don’t include any more live versions of songs we love, like Band Hero’s “Take A Picture” from Filter. That was awful.

The Voice is releasing October 21.