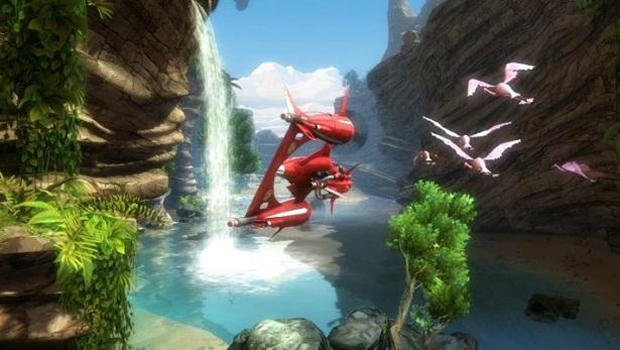 Time-travelling anthropomorphic pilots. What more could you want?

As a shmup enthusiast and Grasshopper Manufacture zealot I was pretty vexed to hear that Sine Mora would be exclusive to the Xbox 360. Not only did that mean that I’d personally miss out on the game, but a large swathe of the gaming community wouldn’t be exposed to it either. Luckily though, things have changed in the months since its initial release and PC and PlayStation owners now have an opportunity to experience what we called “boldest and most fascinating games of this generation.”

Yes, Sine Mora has come back for another pass. After unloading its munitions on PC last week, the shooter has its targets clearly trained on the PlayStation Network. The Official PlayStation Blogcast has confirmed the title for release on November 20th for both PS3 and Vita. If you missed out on its first attack run make sure you pull the trigger this time around.