For the three most common forms of colorblindness

SimCity will have around 18 different visual filters that let you view the game in an Instagram-like fashion. More importantly, there are three specific filters that allow people with the three common forms of colorblindness to play the game more easily.

There are so many colors used to represent all sorts of visual data that’s important to the player. The UI really matters in the game, and creative director/art director Ocean Quigley took it upon himself to create a robust system to let colorblind people play without hassle.

At a certain point during development, Ocean got curious as to what the game was looking like for people with colorblindness. Part of this was because the studio’s QA lead is red-green colorblind.

“I made a little filter that made it so that I can see what he sees,” Ocean explained. “So I made a filter that emulates what it’s like to be red-green colorblind so that you can see the game as somebody who’s red-green colorblind, and you couldn’t make out a thing! The industrial zones and the residential zones, which are green and yellow, were one in the same.”

Ocean asked the QA lead how he manages to play the game against such issues. To Ocean’s horror, the QA lead would just place down zones and “see what comes up.” 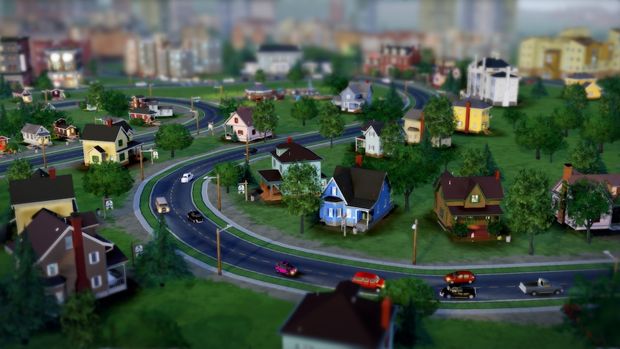 Ocean started thinking of all sorts of ways he could mess around with SimCity‘s color transforms in order to fix this problem. “So I went home, and as I was driving home I’m like ‘I bet you can do it like that,’ and coming up with all these different techniques. Then I got home and I’m like ‘You know, I’m just going to Google this. I bet this is a solved problem, and I’m trying to reinvent the wheel.’ And it has, it is a solved problem. There’s lots of people that have worked on techniques for transforming images to make them more contrast-y and visible to colorblind people. So I’m just applying those techniques.”

Seeing as how I’m not colorblind, I had Ocean give me an example of how they alter the coloring. “Depending upon your form of colorblindness, you have different transforms. If you are red-green colorblind, you don’t have much sensitivity in the red-green range. So what I’ve had to do for that is to pull some of the stuff that would normally be merged together into the blue channel and to pop the contrast on red and green as much as possible so that people that have some limited sensitivity to red green can still see what’s going on.

“These transforms are collectively called daltonism. So we’ve done basically those transforms for the three most common forms of colorblindness.” 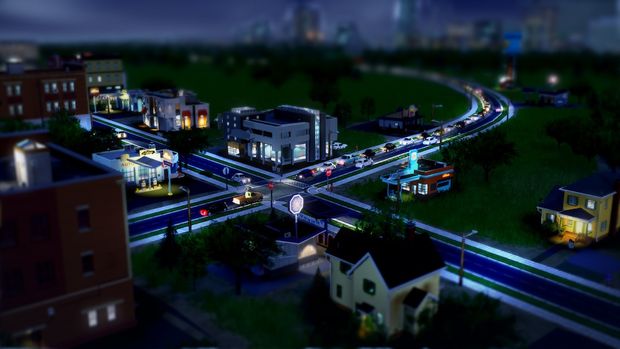 This may not mean much to players that aren’t affected by colorblindness, but it really is a big deal. It’s not often that game companies go out of their way to cater to people with disabilities, whether that’s because they don’t have the time, or they’re simply oblivious to the situation.

“One of the things I’m trying to do with this game, at base, is make something delightful, something that people want to play, something that’s wonderful. And if you have up to five or six percent of the population that would like to play the game and finds it a frustrating experience because we’ve done a bad job of differentiating things that they need to see, then they’re not going to have a good time with it. It’s something that I realized I could do something about, so I did.”