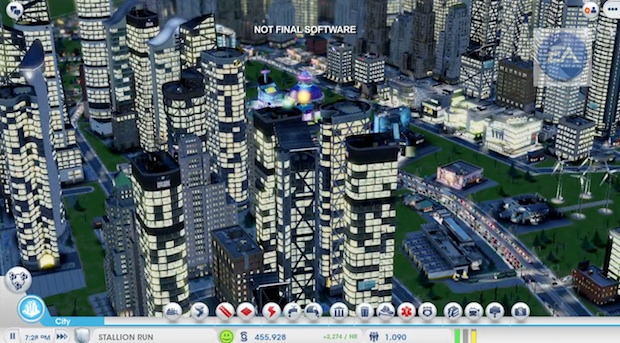 You’re probably used to me gushing over SimCity by now, but here’s more with this new multi-city demonstration that EA just released.

You’ll see an example of a casino city running at full steam, which makes me a bit jealous as that was my plan for my first city. Watching how easy it is to upgrade these casinos makes it hurt even more that we have to wait for this game.

What is really, really, really freakin’ cool is the multicity play. You’ll see how an energy shortage in one city has the player building another. Later, you’ll see how working with friends’ cities can benefit all players involved. Another player builds a city that supplies power to this player’s casino city — money traded for energy. But, on the downside, crime from one city can spread to another.

For a grand finale the player calls in the meteors. That’s always fun.