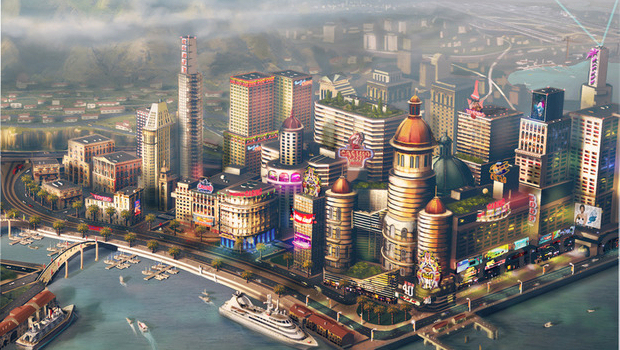 Cloud saving is the latest way to bugger your customers

A Reddit AMA thread can do wonders for somebody’s publicity, as companies and personalities engage directly with one of the largest online communities. However, Maxis didn’t quite get what it wanted from the system, after revealing the newest SimCity‘s ludicrous DRM policy.

The most upvoted question for Maxis concerned the game’s DRM, with a user asking what would happen to his game should he lose his Internet connection. Senior producer Kip Katsarelis answered that “short” outages are handled “gracefully,” meaning that if you can get online quick enough, you won’t lost any progress. Unfortunately, nobody at Maxis yet knows how quick you have to be.

What really annoyed users, however, was the idea that they have no power the save their games offline. Instead, cloud saves are being used as DRM in their own right, as only Maxis is allowed to maintain your progress. Of course publishers found a way to turn cloud saving into another form of product control.

“We will allow you to play for as long as we can preserve your game state,” Katsarelis added. “This will most likely be minutes.”

One Reddit user fired back with a beautifully sarcastic retort (spotted by TechDirt): “My computer happens to have a hard drive that’s suitable for preserving game state. Should I consider buying your game, or is it crippled to online-only?”

As you might expect, other Reddit users joined in, asking what “sorcery” would allow a gamer to obtain such a mystical computer.

Electronic Arts has always been just behind Ubisoft when it comes to mucking up PC gaming for everybody, and it shows no signs of stopping until it’s number one in the field. Expect, as usual, paying customers to jump through hoops for no other purpose than to give EA executives a power trip, while pirates get to bypass the bullshit.