Keep your head down, then rewrite the story

Recently, John Walker at Rock, Paper, Shotgun wrote a compelling article on SimCity, and how Electronic Arts’ maintenance of radio silence has demonstrated total effectiveness in getting everybody to shut up. The basic argument is that any controversy can be sufficiently buried, provided those involved keep their lips glued and wait for the media to wander off bored.

“Silence is a powerful weapon in the industry,” Walker wrote. “The mad truth is, when it comes to gaming controversies, if you ignore it it will go away. This article is a fairly futile attempt to not let it, and to make sure our readers know that EA and Maxis never spoke to us, never responded to any of our questions, and never sent so much as a statement.”

This is, sadly, a very stark reality in the game industry. No matter how badly a publisher screws its customers, no matter how controversial a game release, all a company has to do is close ranks and hold a phalanx position until the attackers stop poking — and they will.

Being indignant, no matter how righteously, is a game of diminishing returns, one that always ends in silence. 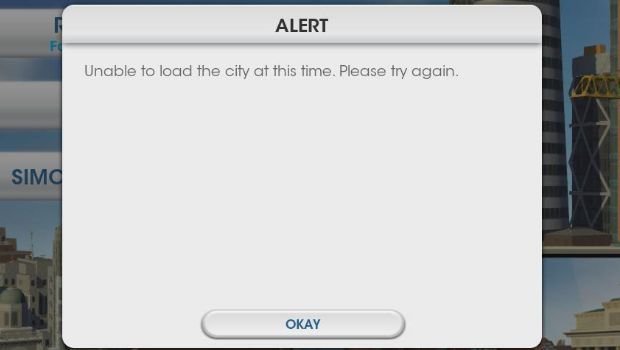 The trouble with games media — and indeed most news-based media — is that it’s predominantly reactionary. If there is action in the industry, the bloggers and journalists can react. Conversely, without action, there can be no reaction. During SimCity‘s launch, Electronic Arts and EA Maxis made all sorts of statements and promises — activities we could react to, in order to keep the story going and add to the pressure being applied to the companies involved.

As soon as EA and Maxis keep their heads down, however, the story largely goes away, almost instantly. After all, most of the information comes directly from the companies, so if they stop giving out, there’s nothing to take. A number of outlets can continue to ask for comments from these companies, but with launch period over and a reduced need for promotion, the chances of getting a response start shrinking at a rapid pace. Rock, Paper, Shotgun learned this — it’s attempted to get a comment repeatedly, but to no avail. Neither EA nor Maxis have to say anything anymore — they had their SimCity launch, they got their money, now they just need to sit back and let the bad press shrivel into oblivion. 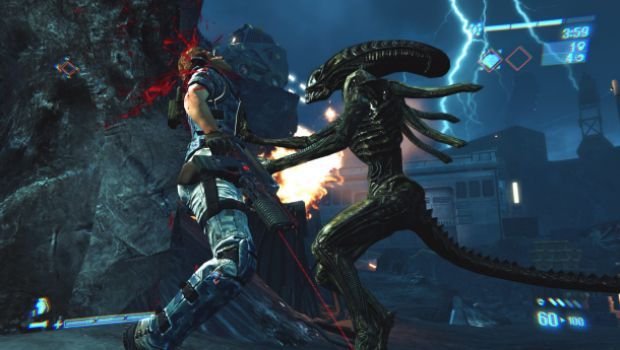 Aliens: Colonial Marines is another fine example. During launch, there was plenty to dig up about what I still maintain is one of the most fascinating screw-ups in recent videogame memory. At first, it was amazing to see how deep the rabbit hole went, to try and work out how six years of Gearbox time led to such an unfinished mess of a game, attempting to fathom how much of the project was outsourced to TimeGate, and who developed what. But during this time, Gearbox was largely maintaining a stonewall of silence, and even outspoken developer Randy Pitchford limited himself to a tiny handful of Twitter outbursts.

Nowadays, Pitchford spends his time retweeting positive comments about Colonial Marines, talking up the fanbase and boasting about how many people like it. As negative coverage dries up, these tactics begin to succeed, rewriting the narrative to shut out the criticism and portray a story where only positivity exists. People like me, who covered the debacle extensively, get referred to as harmful individuals, out to personally injure the studio for some vindictive agenda.

This is the second major problem with covering these kinds of controversial games — do it enough, and publishers start to paint you as a lunatic. 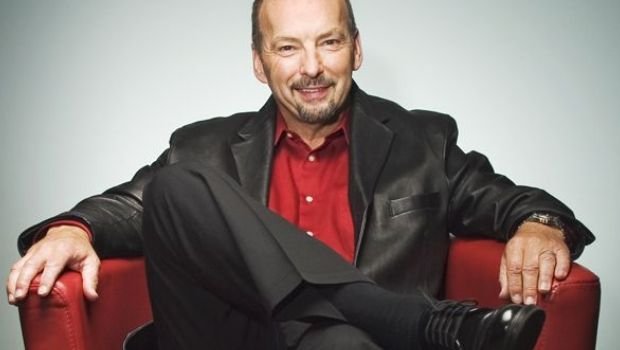 We saw this recently with Peter Moore, responding preemptively to its “victory” in The Consumerist’s Worst Company of America competition. Moore, having already guessed EA would clinch the prize, wrote a blog demonizing EA’s critics, suggesting that most people who dislike the company are homophobes angry about Mass Effect‘s same-sex romance, or irrational maniacs upset over certain athletes appearing on Madden box art. While EA maintains total silence over legitimate complaints — such as knowingly launching a game that would be broken by design — Moore pens self-serving fan fiction in which EA’s raked over the coals exclusively by bigots and bedlamites.

The real kicker is, if you want to keep these stories alive, if you care about industry bullshit and feel it’s too important to simply forget, you have no choice but to reinforce the publisher’s narrative and look like a vindictive crackpot. After all, if publishers are staying quiet, if they’re ignoring your requests for comments, what can you do? At that point, your options are limited, and mostly involve inventing new articles from whole cloth — be it a no-news post that simply reminds people a certain problem still exists, or finding some contrived way to pen a “fresh” op-ed on things people already know about. At that point, you end up becoming the very fanatic publishers say you are.

Most writers don’t want to do that. They don’t want to become some raving demagogue, and I do find it hard to blame them. Some games writers want to just write about the software and blot out the seedy surroundings — and I get that. Hell, many readers want that, and I understand it completely. In fact, if you cover a topic too many times, most readers will start a backlash, which is another issue that cripples one’s ability to keep the pressure on.

A cat may love being petted, but if you do it to the point of over-stimulation, they start to bite the hand that’s stroking, and no matter how passionate gamers are about a subject — they will grow tired of it in time. It’s a natural reaction, and one that I can’t blame anybody for, especially in an age of information overload, where news moves quickly and no subject can stick around for long. 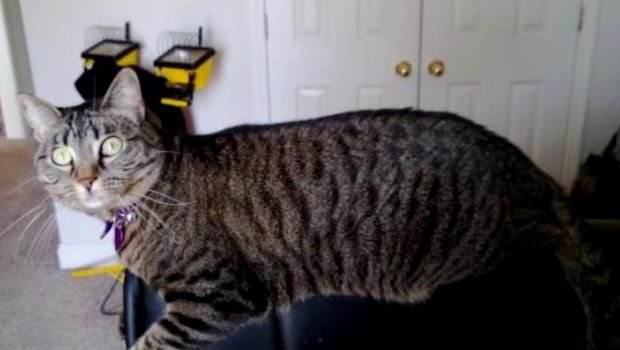 Once a reader has had his or her fill of a topic, the backlash begins. The shitstorm surrounding SOPA was exciting to most people for a while, but it required a lot of coverage to truly communicate how vile it was, and a lot of coverage — in the Internet age of aggressive apathy — is too much coverage. It didn’t take long for comments to go from intrigued to lethargic, with calls for Destructoid to “let it go” and “move on” and “just go back to talking about videogames.”

Be it about online passes, Aliens: Colonial Marines, Electronic Arts or harmful legislation, I’ve been told to “get over it” more than I can adequately remember. I’ve gotten told to “get over” almost everything I continue to care about, and I dare say it’s a familiar phrase to anybody who’s talked about a certain controversial subject for a long enough amount of time. Sadly, that’s exactly what publishers bank on. It’s just what they’re waiting for. All they have to do is batten down the hatches, erect the flame shield, and wait for the community to turn on itself, to split between those who have gotten over it, and those who need to get over it.

Eventually, apathy wins, everybody gets over it, and the publisher can hype its next unfinished piece of shit, that the cycle may begin anew.

So what can be done? Nothing, probably. Just keep on keeping on. However, I do hope that those who do “get over” these things, and angrily demand others join them, understand that they’re essentially a brick in the publisher’s stonewall. Nobody is obligated to be angry and indignant — I would not be so arrogant as to demand any reader or fellow writer take up arms for a cause they don’t believe in, and more than likely don’t think matters. However, I do ask for an understanding equal to mine — an understanding that it’s equally arrogant to demand others stop caring about something, just because you don’t care.

There are many who continue to give a shit about SimCity, Aliens, and all sorts of other nasty industry crap, and they’re having a hard enough time keeping the discussion alive with publishers attempting to drown them out and snootily dismiss them as a “vocal minority.” 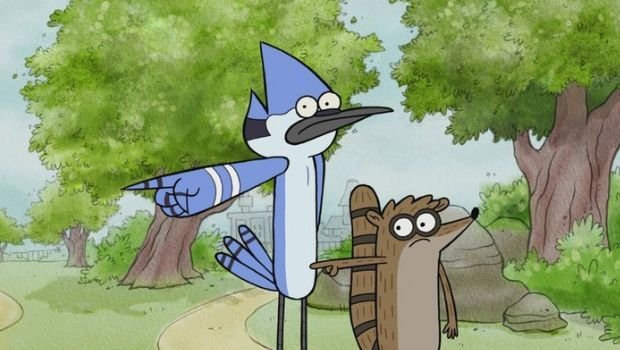 And that goes double for the “game journalists” of the industry. Those whose job it is to cover the industry and serve the readers, yet tell other writers to get over it, to stop whining, and to just talk about videogame press releases. Those journalists who call angry gamers “entitled” and dismiss their complaints. Those journalists who join publishers — often publicly laughing with them — and sneer at anybody with a criticism. You know who you are. I know who you are. And I know Electronic Arts is not your friend, no matter how much you cuddle up to them.

It should, really, go triple for publishers themselves. It should be said that they’d be best served not looking like decadent aristocrats, smugly dumping on the “vocal minority” and boasting about how much money they’ve made, as if raking in ill-gotten dubloons is an automatic invalidation of any complaint, rather than a fallacious use of argumentum ad populum. It should be said, but what’s the point trying to squeeze blood from that stone?

After all, these are the words of a lunatic from the fringe minority, who really should get over it.