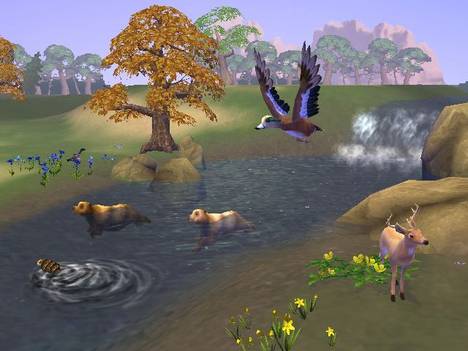 The official Web site for EA’s SimAnimals recently launched and there’s plenty of stuff for people to check out if they’re into animals that are way too happy. Seriously, it’s like all of the animals are on drugs. The site has photos, a trailer, animal facts and mini-games to keep people busy until the game is released later this month for the DS and Wii.

The first mini-game to appear on the Web site was released yesterday and it’s called The Flying Bear. Players need to pick up the bear, swing it around and then toss it. It’s kind of like Kitten Cannon, except nowhere near as violent or as addicting.

The game looks cute, but the premise leads me to believe that PETA will hate all over this game. It’s digital animal cruelty to pick up animals and force them around!