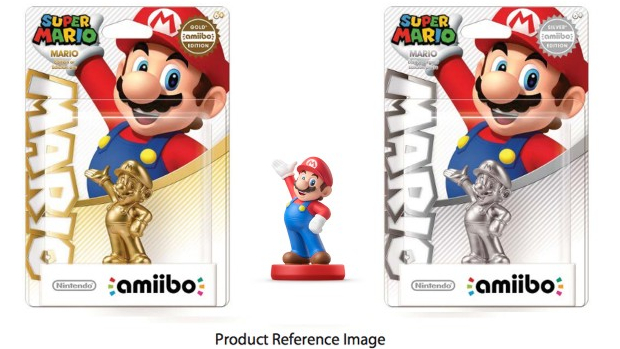 The initial rumors of Nintendo’s foray into amiibo variants detailed both a gold and silver Mario figurine. MAurio came about first and was an exclusive to Wal-Mart. That just leaves MAgrio waiting for a release (and a catchier nickname).

While we still don’t know if Silver Mario will be designated to a particular store, we now have proof of its existence. A collector bought a contraband one that popped up on a Chinese auction site. Despite the non-marked packaging, the amiibo is completely authentic. That’s verified by the video which shows it being imported into Mario Party 10 and giving Mario a silver base; Gold Mario has the same functionality, but with a gold base, obviously.

Judging by the wave four exlusive amiibo, Best Buy’s a decent bet to win the rights to Silver Mario. It’s the only store to not have one recently. Of course, Wal-Mart could end up with this round too, after it handled Gold Mario. Or, it could end up as a common that can be found everywhere. That’s the thing with amiibo — you just never really know.

The Curious Case of Silver Mario [My amiibo News]