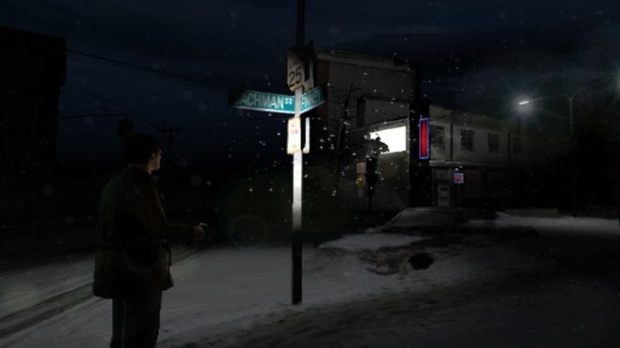 We’ve had our share of laughs around the office about the upcoming Silent Hill title for the Wii, Shattered Memories. After all, the Silent Hill franchise is pretty beloved to some of us around here (ahem), and seeing what sounds like essentially a reimagining of the first title is sensitive subject matter indeed.

IGN got a good look at the game last night though, and it sounds like the first feedback is glowing. There are lots of new details to read up on, including the lack of loading screens, the use of an iPhone lookalike for everything from voicemail to taking pictures, and impressive lighting effects that are reminiscent of a title you would see on the PS3 or 360. Yep, you heard me right.

Director Mark Simmons talks about the engine created for the game:

One key new feature we’ve added is the streaming world. Our Silent Hill is now one large joined up town. There’s no loading screens or long fades to black screens while the disc is accessed anymore. The creatures in the nightmares can now follow you across the entire location, the doors are no longer barriers for them. Our snow is amazing. Every snow flake is illuminated by the flashlight and casts a shadow onto the environment. It feels amazing just to point your flashlight into the sky and watch the snow falling down through the flashlights’ beam. Our dynamic ice effects are amazing too, we can freeze up an entire street with lamp posts twisting over, park benches buckling in two, and whole buildings getting encased in amazing refractive glacial ice forms.

It’s at this point that I have to cast off my grumpy old gamer costume and admit it: not only does this sound really interesting and really good, but there’s quite a bit here that’s boldly original. Climax could just follow the same old formula and people would probably play the game because of their love for the series, but by making some major changes, they’re taking a chance on possibly making that formula better, and there’s nothing I can give more heartfelt support to than that. Do you agree?