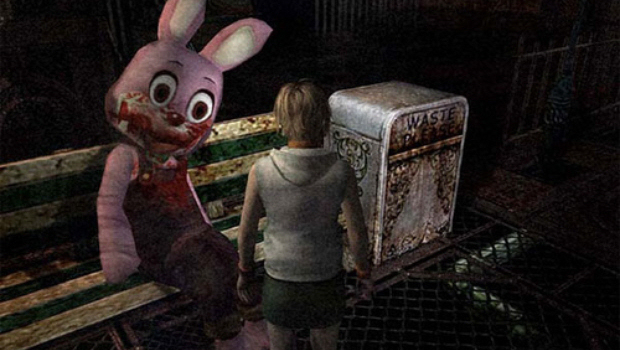 Is it possible to screw up such a guaranteed success as an HD version of Silent Hill 2 and 3? If any company’s capable, it’s Konami. The publisher just seems to be getting more and more senile, and this latest endeavor is beyond belief.

The Silent Hill HD Collection, which released this past week, has been surrounded by a whirlwind of negative criticism from fans reporting all manner of bugs. Sound sync problems, crackling audio, stuttering framerates, and missing textures, it seems this release is running the gamut of shoddy port problems.

I received my review copy yesterday, and I can confirm I’ve run into issues. I’ve had audio cutting in and out, and there was a cutscene I had to skip because unlocking an achievement caused it to run at a single frame every few seconds. A thread on NeoGAF details an embarrassing number of problems that users have encountered. All told, Konami cut some unforgivable corners with this.

Interestingly, some claim the improved graphics have actually diminished the atmosphere of the games. Previously dark, claustrophobic areas are now crisp and clear, while the fog effect has a distinct line cutting across it and is no longer able to obscure portions of the map that were not finished.

I’m only partway through Silent Hill 2 so far and nothing’s truly broken my experience. I’m hearing SH3 got hit the worst though, so I’m not holding my breath. A patch has been issued for the PS3, but some claim it’s done nothing. Even if it did fix something, the idea of a day one patch for a decade-old game should humiliate any publisher with a sense of dignity.

As if I needed any further evidence that Konami has thoroughly lost its mind. It can’t even do Silent Hill 2 right anymore.