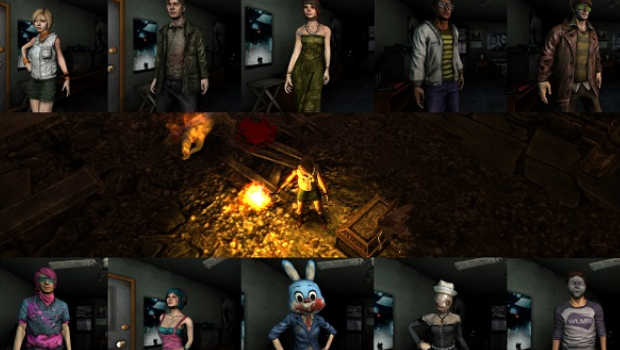 Silent Hill: Book of Memories is today getting a patch, making substantial improvements to the way the game plays. Based on player feedback, WayForward is hoping to make its PS Vita dungeon crawler a “kinder” experience by removing some of the less enjoyable elements.

The studio told Rely on Horror that it has removed the nasty penalty for dying on a stage. Rather than boot you out of a game upon death, BoM now restarts the stage while maintaining character progress, ending the risk of losing up to half an hour of gameplay on any given stage. The excruciatingly annoying poison traps have also been nerfed, no longer able to one-hit kill a player and inflicting damage for a shorter period of time.

General balancing improvements are also coming, specifically dealing with enemy HP and damage. Overall, the patch looks to address many of the problems I found with it in my review of the game.

The patch paves the way for something else — downloadable content. The PlayStation Store today will offer a package that doubles the amount of playable characters — including named heroes like Heather Mason and James Sunderland — and adds a whole bunch of weapons, forsaken rooms, gear, and notes.

New weapons will include fan-favorite items such as the Princess Heart item from SH3, and throwable television sets. WayForward wants players to pay particular attention to the remote control weapon, but isn’t spoiling its functionality just yet.

All told, the patch improvements and optional content makes Book of Memories sound like something worth checking out again. The core idea was always fantastic to me, but some questionable design let it down. If much of that design has been overhauled, there may yet be a great game on offer.