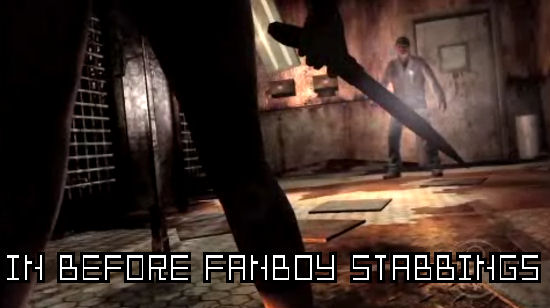 In a recent interview with Wired, Silent Hill 5 composer Akira Yamaoka revealed that there are no plans to release Konami’s horror sequel on the Nintendo Wii. Despite the potential for using waggle controls in the twisted world of Silent Hill, Yamaoka explained that Wii users are not ‘hardcore’ enough and thus, I suppose, not suitable enough an audience.

Akira Yamaoka: We’re making Silent Hill 5 for next-gen consoles. Are there any other platforms besides that? [laughter]

AY: Ah, the Wii. Wiiiiiiiiii… Silent Hill Wii. Can we do it? Will players like it?

WN: Yeah! There’s a lot of potential there, using the remote as a flashlight, or a knife…

WN: But no plans.

AY: No plans. The Wii user isn’t a hardcore user.

So there you have it. The Wii user isn’t a ‘hardcore’ user and that is why Silent Hill 5 won’t be coming to the Wii. On the one hand, I can understand anybody’s apprehension to market an adult game on the Wii, but on the other I wish this mythical hardcore/casual divide would just go away. ‘Casual gaming’ is a buzz-term with very little merit. You can’t just tar two large sets of customers with a single brush in a convenient, black-and-white view.

With that said, I now step back and allow the rabid Nintendo fans to have their way with Yamaoka-san. He said something bad about the Wii, you know — go get him and with many, many paragraphs!

[Courtesy of NeoGAF, because Nex isn’t the only guy who reads it]