Just days before E3, Konami held its own special press conference and dropped a few goshbombs on us. The story that really jumped out at me was the Silent Hill HD Collection. This is something I’ve wanted for a long time, if only to play Silent Hill 2 in high definition.

Now, while I understand the reason for not including the PlayStation One Silent Hill (just like the first MGS is left off the Metal Gear Solid Collection), I’m a little more perplexed by the other omission. If these HD remakes are focused entirely on PlayStation 2 games, then there’s one Silent Hill game that’s being deliberately left off the package — Silent Hill 4: The Room.

Nobody loves The Room. Not even Konami. Yet, if any game in the series deserves a second chance, it’s that one. 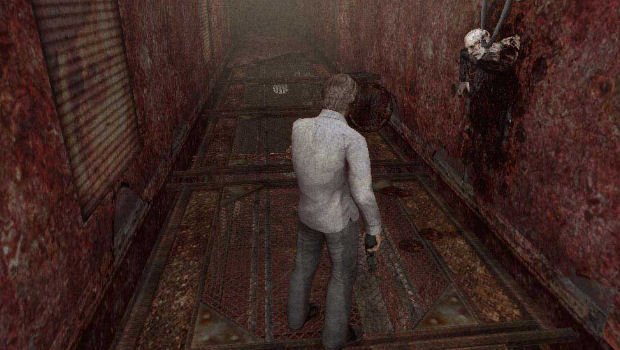 Silent Hill 4: The Room was never going to get a fair shake. Original games that are shoehorned into an existing series never are. The Room wasn’t planned as a Silent Hill game until corporate meddling saw KCET roping it into the series. Publishers are yet to learn that this strategy doesn’t always work out for the best.

That said, I would like to suggest that The Room is not a bad game. As far as Silent Hill games go, it’s nowhere near the best, and is easily the weakest of the three PS2 offerings, but it boasts several meritorious points and utterly deserves a place in the franchise.

Silent Hill 4 tells the story of Henry Townshend, a man who wakes up one day to find that he’s trapped inside his apartment with no escape. That is, until he finds a hole in the wall that transports him to dark and terrifying places. As Henry visits abandoned subway stations, creepy forests, and rusted child prisons, he unravels one of Silent Hill‘s most disturbing stories and delves into the past of the notorious local serial killer, Walter Sullivan. 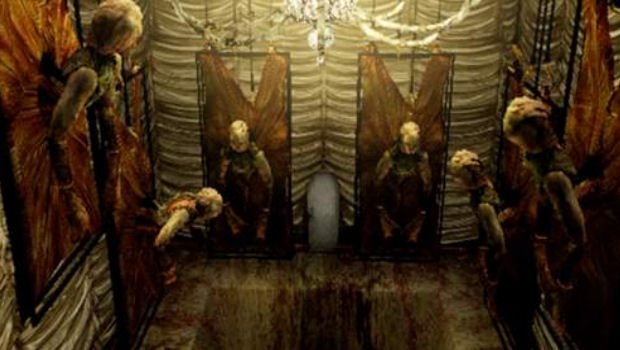 As a Silent Hill game, The Room is certainly different. A significant portion of the game is played from a first-person perspective, as players investigate Henry’s apartment. The sections outside of the apartment are played in a more familiar third-person perspective, but the increased focus on combat and the inclusion of unkillable ghost enemies that frequently harass the player lead to a game with a very different feel from past installments.

Silent Hill 4 earned criticism for a shoddy combat system that was more frustrating than compelling, due to imprecise attacks and weapons that frequently broke. This criticism is most definitely reasonable, as is the assertion that the puzzles were fairly simple and boss encounters were missing despite the increased focus on fighting. However, as much as history casts judgmental eyes upon The Room, it received more than a little praise at the time, and it’s praise that holds up today.

For a start, I’m going to lay my cards on the table and say that Silent Hill 4 is perhaps the creepiest game in the entire series. While Silent Hill 2 has the best story and Silent Hill 3 has the best simple scares, neither game managed to be quite as disturbing as this one. From the way the apartment slowly corrupts and is overtaken by ghostly sillouhettes and life-draining fetuses, to the horrifyingly implacable ghosts and fast-moving, visually unnerving monsters, Silent Hill 4 runs on pure nightmare fuel.

One of the scariest moments comes if you regularly spy on your neighbor. Each time Henry returns to the apartment, you can do a few things, such as look out the windows, check outside the door, and peer through a hole in the wall into a neighboring woman’s apartment. Most of these activities provide a few story hints or interesting details, and over the course of the game you’ll get to know the female character quite well through her interactions, activities, and your own sense of isolation. The most notable thing in her apartment is a Robbie the Rabbit doll that sits on the bed. It spend most of the game slumped down, doing nothing at all. Until you check back later in the game, and it’s sat bolt upright, looking straight at you … and pointing. Oh, why did it have to point? 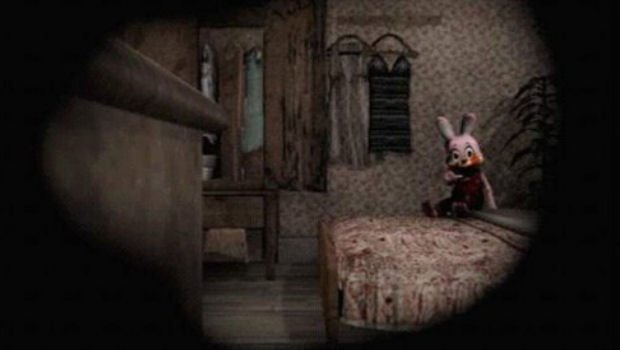 I’m not lying when I say that it still gives me the chills. A subtle and superbly executed psychological scare, which is what Silent Hill has always been about.

As well as the overbearing sense of dread, the game is great at inducing panic. The victims of Walter Sullivan are unstoppable ghosts that stalk the player throughout levels, passing through walls and dealing damage just be being nearby. These floating ghouls are particularly scary, and get worse as fresher characters die and come back in twisted forms. One character’s ghost, afflicted with the properties of a broken videotape and frequently speeding up or rewinding, is particularly chilling.

It should also be noted that the game features one of the most complex narratives, surprisingly steeped in Silent Hill lore despite the game’s origins as a totally unique intellectual property. While at times the story can be convoluted, the tale of Walter Sullivan, his terrible upbringing, and the lives he claims in a desperate, rather sad, attempt to reunite with his mother, makes for one of the most original and absorbing plots in all of horror games.

As someone who played Silent Hill 2 more times than is healthy, I’ve become pretty intimate with every piece of backstory the game contains. One of the most striking bits of flavor is the story of Walter Sullivan, a man who killed two children and then himself. It was only a very small, optional detail in the game, but it became my favorite of the many included backstories. For KCET to take that rather obscure detail and flesh it out in a full game has always impressed me, and I think they did a fine job of making Sullivan an interesting character with the kind of motivation and modus operandi that stands out among videogame villains. 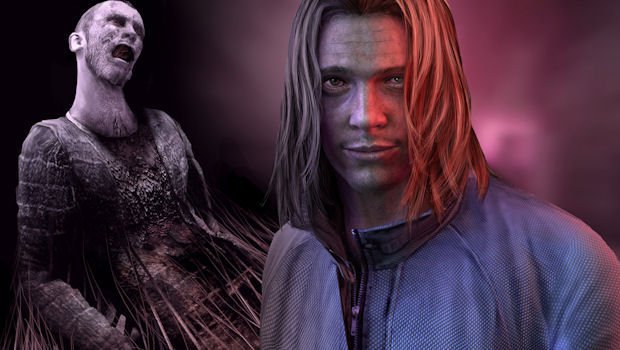 The cult of Silent Hill is tied very well to the main plot, and there are even a few resolutions concerning Silent Hill 2. The story is given weight thanks to some excellent and memorable cutscenes, with a deft use of music that really drives the point home. The first murder scene at the end of the train station is still particularly vivid in my mind thanks to the audio/visual presentation.

As a game, there’s much to be desired. Alongside the broken combat system is the galling fact that every level is rehashed, with players having to go through the same areas twice per game. The muddy visuals are also a far cry from Silent Hill 2‘s excellent (at the time) graphics, and there are moments where more polish is thoroughly required, such as the disappointing final encounter with Walter.

However, despite the game’s many flaws, it’s still an engrossing experience that deserves more than to be thought of simply as the harbinger of Silent Hill‘s decline. It tried several new things, even if not all them were successful, and is still one of the spookiest games around. 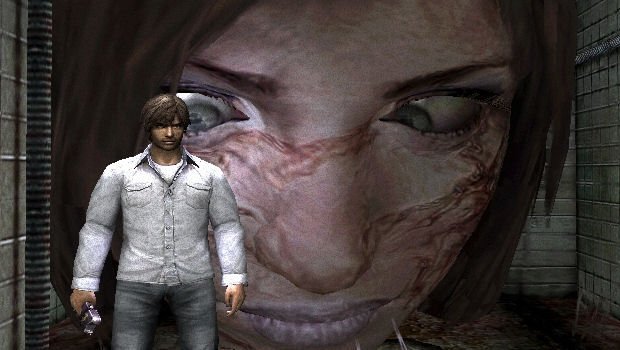 That it has been left off the Silent Hill HD Collection is a real shame. It would not have hurt anybody to throw it in, and I think it could have earned a little fresh appreciation. With the Silent Hill series in an undeniable rut, The Room has often been used as a scapegoat, looked at as the beginning of the end. People forget that, in spite of its problems, Silent Hill 4 was still a critically well-received game that sold rather decently. It’s considered failure now, but it really wasn’t in 2004.

It’s pretty damn good in its own imperfect way.