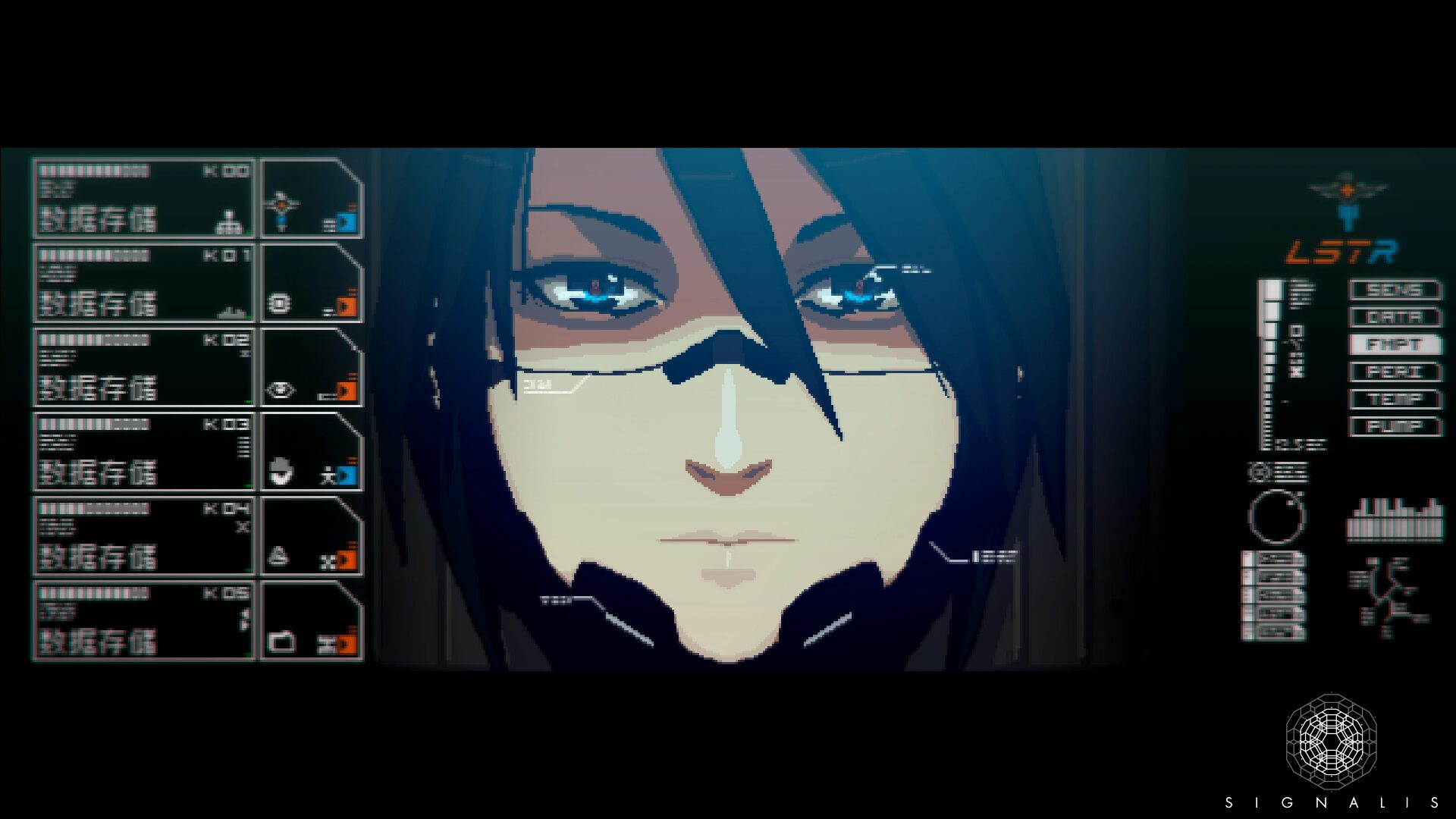 The only way forward is down, way down

If you’re anything like me, the first thing that grabs you about Signalis is its look. Gorgeous pixel art portraits of its main character segue into a pseudo-isometric camera angle, and almost angular shapes form shadows in the eerily quiet vessel you’ve woken up in.

Peering into a room, it might transition to a first-person view, and now you’re point-and-clicking through interfaces and around environments. It’s eerie, made all the more unsettling by the horrors happening around you. I got a chance to demo Signalis as part of Tribeca’s Game Festival, and for the duration of my playtime, I was kept on my toes by every camera change, right up until the dread-filled end.

The setup of Signalis is fairly sparse to start. Your playable character wakes up on a ship, and clearly something has gone wrong. It’s dead quiet. And as you walk through the halls, trying to figure out just what’s gone down or even who you are, you notice some monsters lurking in the shadows.

I don’t think it’s too much of a stretch to say Signalis wears some of its inspiration on its sleeve. Its isometric exploration, along with the way your character aims their weapon—once you find one—and even the menu interface all feel very Resident Evil. But rather than the undead, these horrors are twisted silhouettes that scream and shamble at you once you’ve been spotted. An early tip from a user instruction manual advises you to preserve ammunition by physically stomping on an enemy you’ve knocked down with bullets; and yes, this aggressive strategy works. 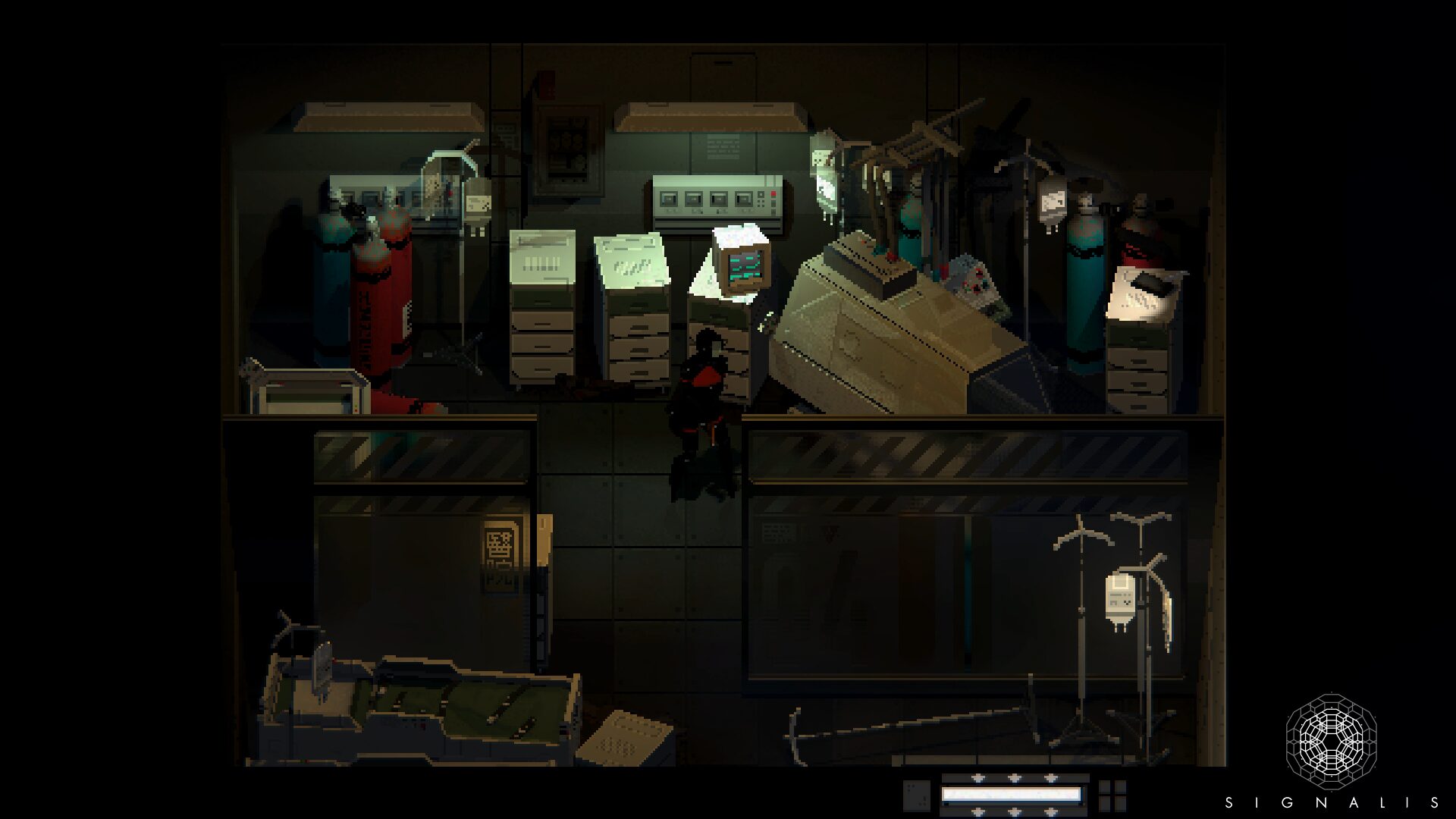 Every new room offers opportunities to figure out what’s going on, and how to proceed forward. It became clear the ship wasn’t going to fly again, so I set off in search of a suit that would protect me against whatever environmental hazards were present on the planet we had landed on. I say planet, and we, but all of these are left very ambiguous—Signalis‘ demo is more about atmosphere and dread than giving any direct answers.

Logs and notes are the only scraps you have, as you start to piece together ideas about “Replika,” or some sort of synthetic human. Are you one? And were those aggressive, screaming creatures ones too?

Though it feels very Resident Evil, there’s also point-and-click inspiration in some of Signalis‘ interactive areas, where you need to fiddle with dials and controls, or look around the contents of a room to find the bit of info you need. You can further examine items in your very retro menu interface, the kind you might expect to find in an Alien movie. Rotating objects can be fun, but also provide certain clues that the game doesn’t always signpost. It’s up to you to do what you can with what you have, combining and inspecting items to move forward. 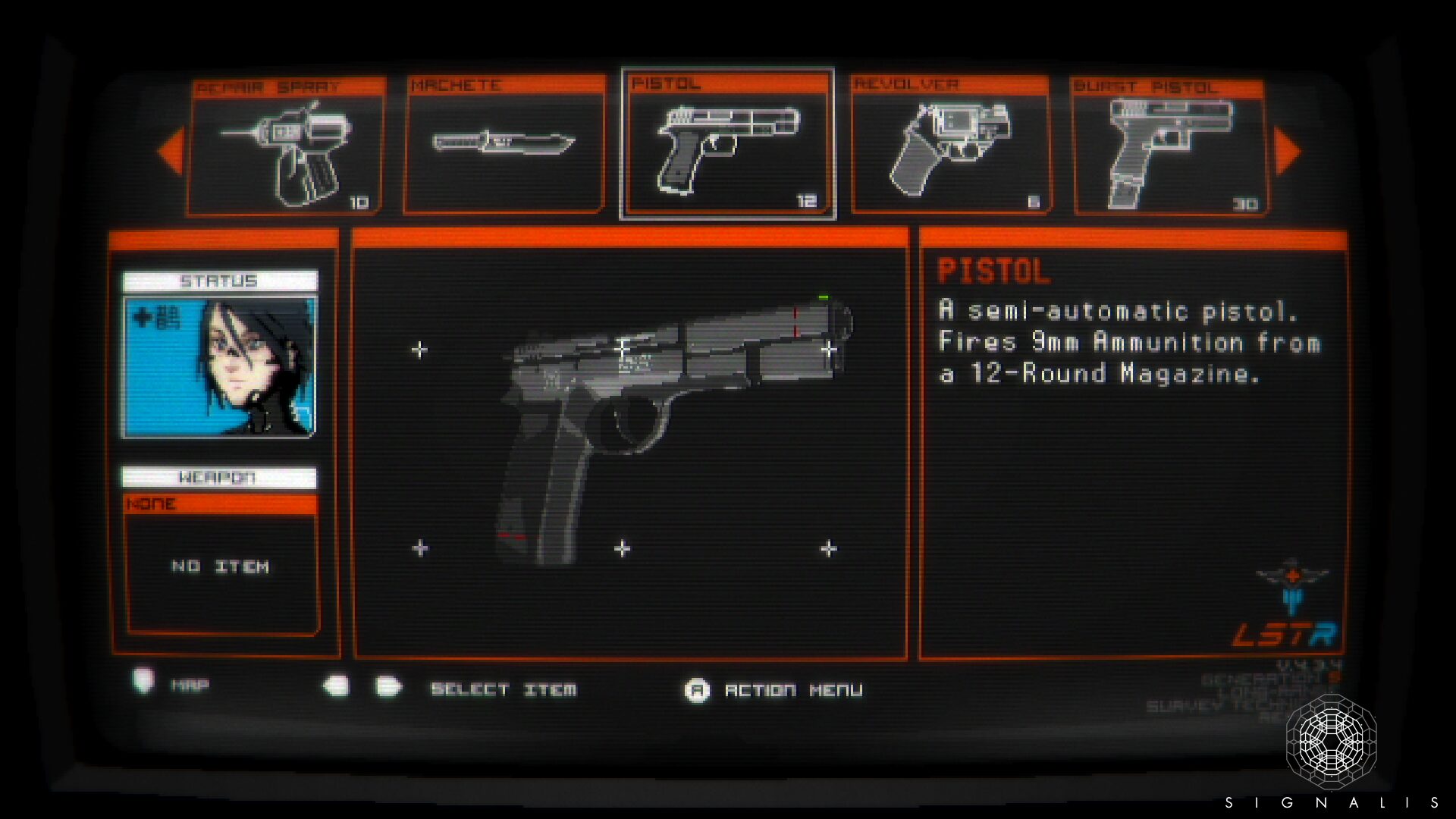 After about 20 or so minutes I reached the demo’s end, in a finale that I won’t discuss too much. Suffice to say, it was absolutely terrifying and immediately had me wanting more. It leaves a lot open for where this could go moving forward, and also introduces some really neat visuals and ideas. And of course, as shown in trailers prior to now, it references The King in Yellow, paying some homage to another supernatural work.

Of the many demos I’ve played over the last couple of weeks, Signalis is easily the most enigmatic, showing me just enough of the game to feel like I’ve grasped its core concepts, while also wondering about all the places it can go. One thing’s for sure: Signalis has rocketed up my list of indies to keep an eye on.