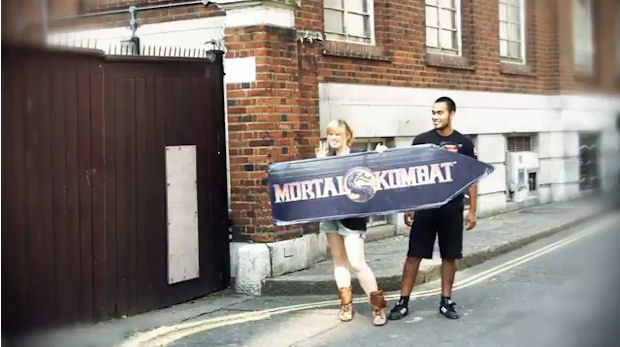 Nothing quite says the promotion of a horrifically violent videogame quite like spending an afternoon in London sign spinning with two rather cute guys from California.

While Mortal Kombat already knew it would be contending against the heavyweight champion Portal 2 in its launch window, the PR masterminds were working hard to spread the word and sign spinners. This latest promotional craze was spotted all over London doing its thing. And despite my lack of hand-eye coordination, they even let me have a go — it’s much harder than it looks!