Resident Evil 4 is once again being “enhanced for a modern audience.” While remake talk will have to wait for another day, Capcom did announce a VR version of the endlessly replayable horror-action romp.

Resident Evil 4 VR is a collaboration between Capcom, Oculus Studios, and Armature Studio for the Oculus Quest 2. The early footage looks promising and pretty fleshed-out — Leon is shown dual-wielding a pistol and knife, he fully interacts with a typewriter one key at a time, and the inventory management screen isn’t just a flat menu. I’m super hopeful about this conversion to VR.

The footage shown so far looked fun enough, but what about those quick-time events? We’ll see. 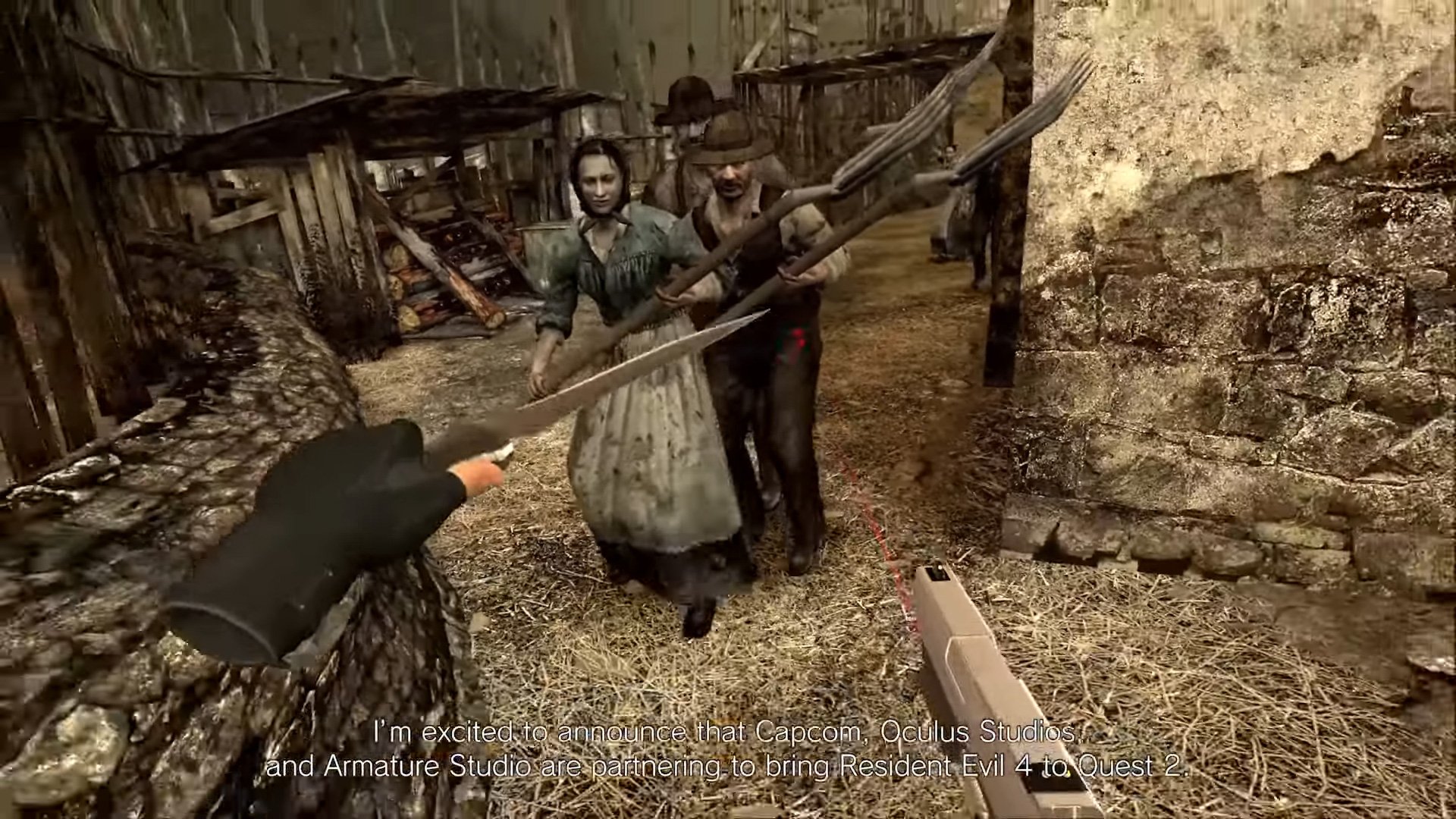 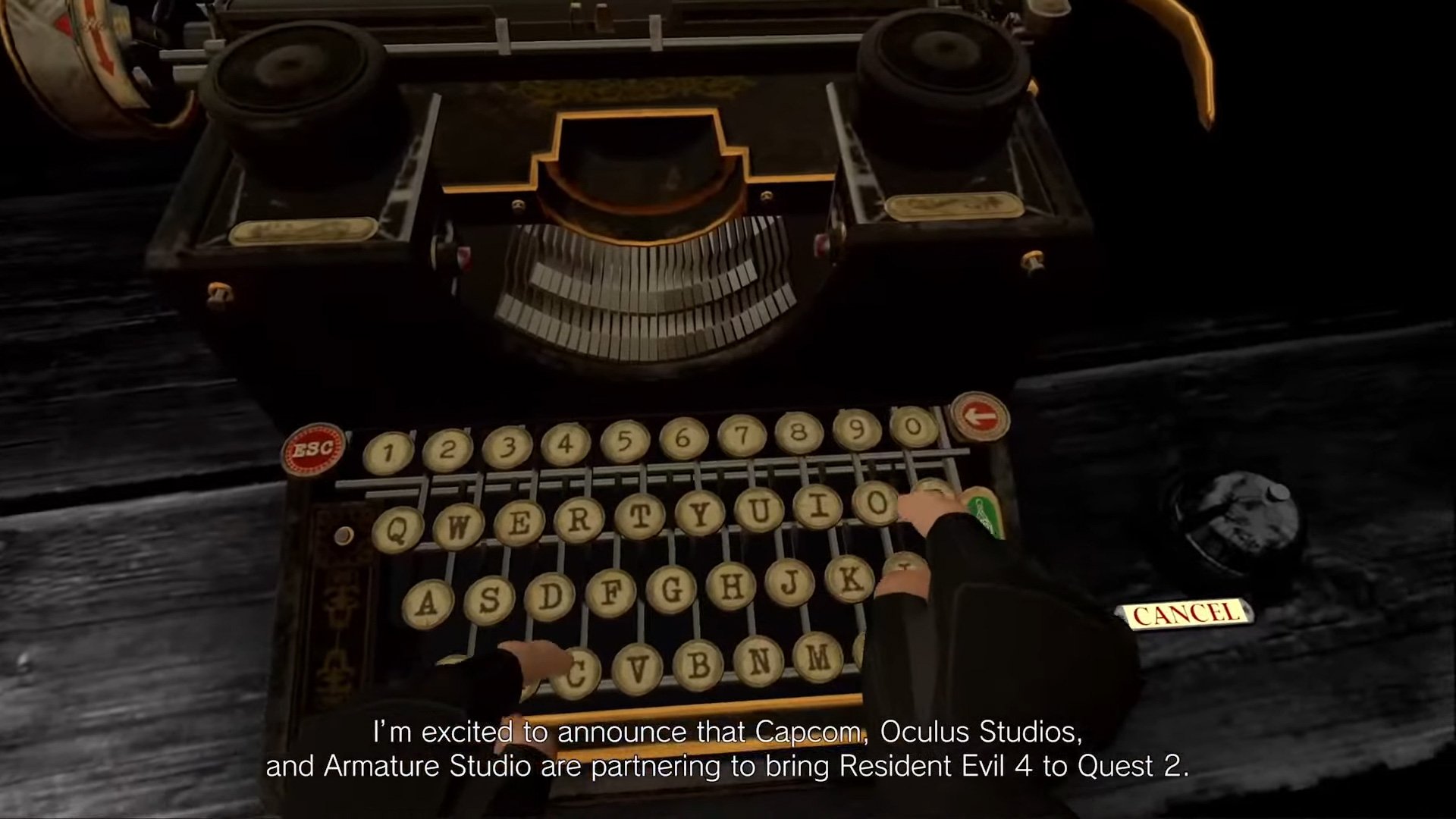 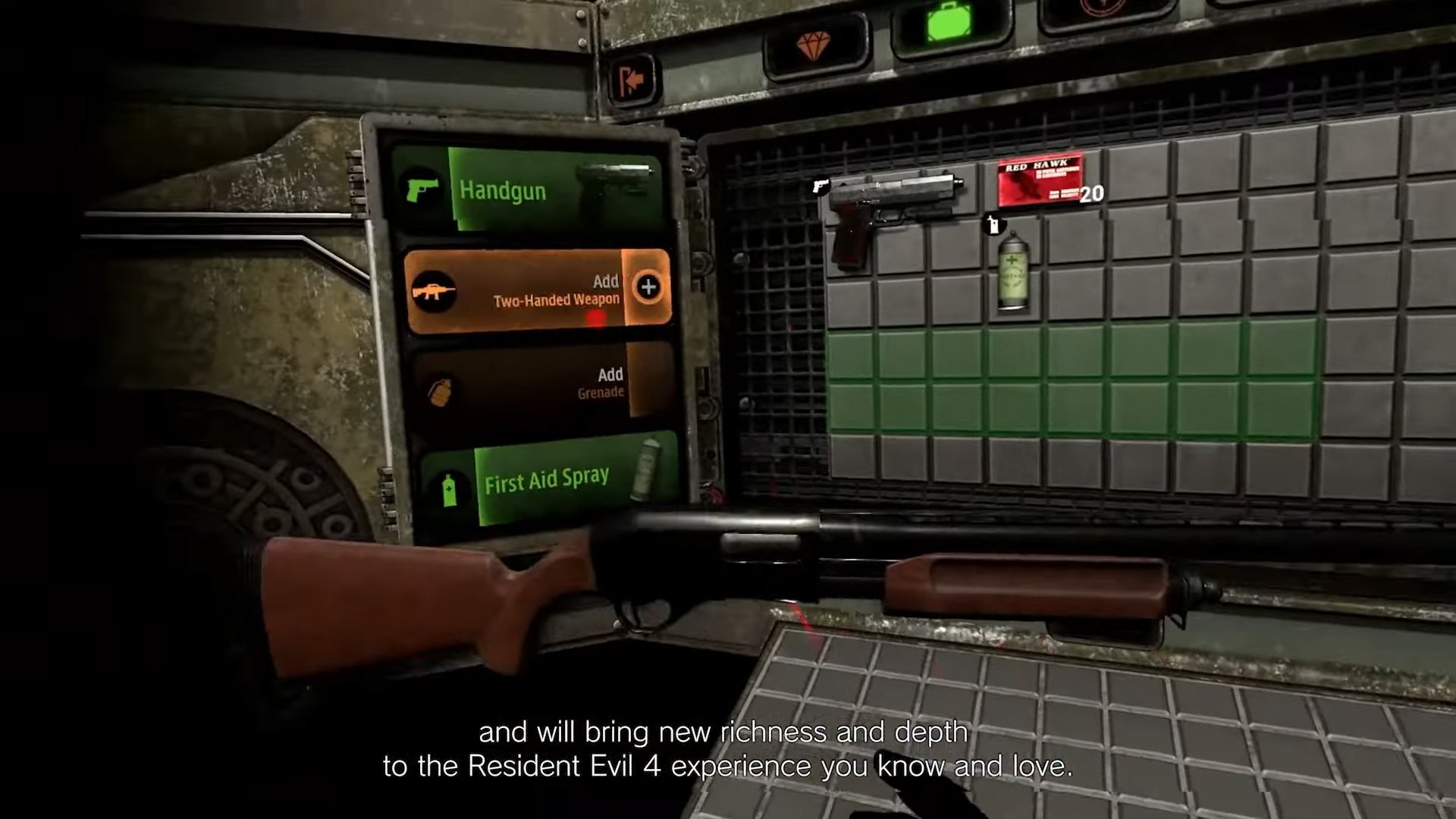 Apart from these screengrabs, you can also see Resident Evil 4 VR in action at this time stamp.

More info will be shared on April 21 at 3:00 p.m. Pacific at the Oculus Gaming Showcase. For now, the official line is “Oculus Quest 2” — no mention of other platforms or even the original Quest model.