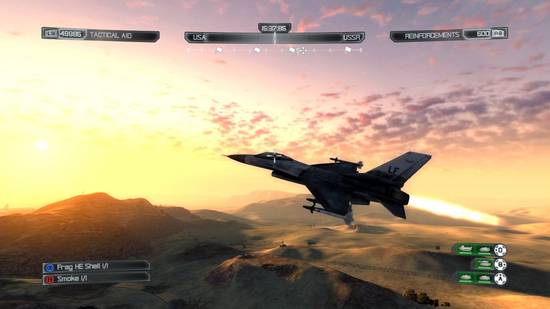 Many of you have long been enjoying World in Conflict on the PC. Well, it’s now time for Xbox 360 and Playstation 3 owners to get a taste of this World War real time strategy game. This isn’t going to be an exact straight port however as there is going to be some new content appearing in the console versions.

So how does an RTS even work on controller and how well did the game transfer from the PC to the consoles? Hit the jump to find out. 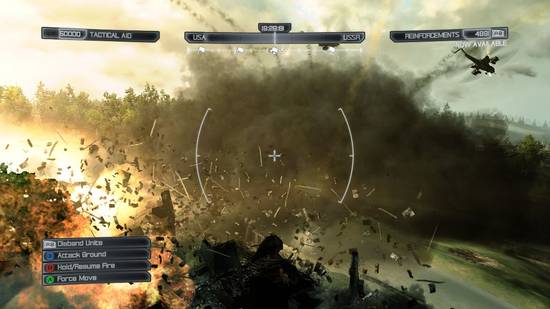 The main difference with the console port is the addition of a new story showing the Soviet side of the war. The new content is woven in with the main storyline so as you play the game, you’ll be switching between the American and Soviet side. The PC version of the game only featured the American side but don’t worry PC owners, Sierra will be releasing the Soviet storyline in a mission pack, which will be woven into the main storyline just like the console version. The mission pack will cost some money, but they reassured us that it would be a very small price. The mission pack will also include a new difficulty to make things even harder for the experienced players.

Now then, I’m sure you’re all wondering how in the hell they’ve transferred RTS control from PC to a controller (in this case, the Xbox 360 controller). Well, surprising to say, the transfer was rather smooth. They’ve made the controls extremely simple for new players and yet it’s also very deep for experienced players.

The way you control the camera will seem familiar to anyone who has messed with Forge in Halo 3. It feels exactly the same when you fly around the map in World in Conflict as it does in Halo 3’s editor system. There is no mini map here so you really have to rely on the your free flying camera system. You can back off and look out onto the horizon to find enemies and move right down to all the action taking place on the map if you want to. 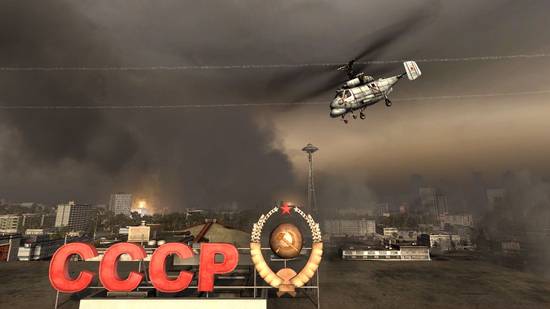 As far as the controls go, for the most part, the A button will the main button you use. The A button will let you select your troops, makes your troops move out and gets them to attack the enemy. Using this method will only select individual troops. So that’s why there is a group select button. By pressing in on the right thumb stick, a circular reticule comes up and anything that’s within that circle will get selected. Pressing down on the right stick again will double the size of the select reticule.

You can also map troops to specific companies, which are mapped to the D-pad. So while in battle, all you have to do is press a D-pad button to to call in some quick backup. Simple and very effective.

The control options I just described above is for the new players and players who need to get used to RTS style battling on a controller. Once you get good enough or think you need something more complex, all you have to do is press the right trigger to pull up a more complex and detailed control system. I never messed with this option as I was really contempt with just the simple and easy control scheme thanks to the A button. Hey, I only had so much time to play the game on top of all dozen other games that was at the Sierra Spring Event (impression posts on all the other games will be coming in a couple of weeks once the embargoes are up!). 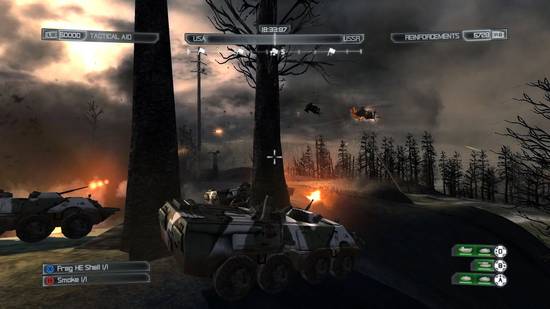 One last thing to note on the control system is that the console versions of the game will have voice controls. Simply saying “Order tanks.”, “Order units.”, and similar other commands will automatically bring in reinforcements. You can still do this manually, but why pass up another feature set to make life so much easier in the game?

Another nice thing about World in Conflict is that there are no resources you have to secure. No need to mine for gold or odd gases here. Everyone is started off evenly in the map in regards to troops and spending money. Money will automatically comes back to you slowly when you lose a unit. So say a particular troop cost $20 and he died in combat. You’ll slowly get the $20 back and be able to spend it again.

Finally, lets talk about the mulitplayer. Not too much was detailed unfortunately, but PSN and Live players will get to battle it out in five vs. five matches. Each week, you’ll get to see which side is “winning the war” and this stat tracker will get reset every week to start off fresh.

World in Conflict: Soviet Assault should be dropping this Fall for the Xbox 360 and Playstation 3.