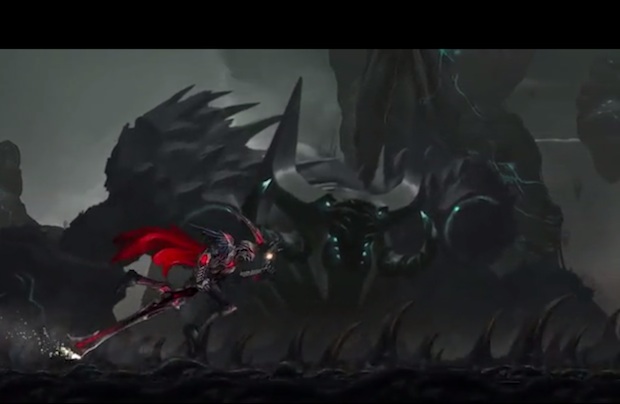 Words can wait. Hop to To the Death‘s Kickstarter page and hit play on the video. Get past the few concept images and check out the 0:15 mark. Yeah. That. YES.

This beauty comes from former Infinity Ward and Sony Santa Monica industry vets. Todd Alderman was a lead game designer on many of the Call of Duty games as well as Titanfall before moving on to create To the Death. Engineer Francesco Gigliotti lead the team at IW that was responsible for setting the play control standard for the CoD series. Then he worked as a Lead Engineer on Titanfall for two years.

Art Director Cecil Kim worked on Square Enix games Parasite Eve and Final Fantasy IX before moving to Sony Santa Monica, where he worked on the God of War series for 10 years.

These and other folks went on to team up to create Section Studios to make To the Death, which they call a genre combining,  beat’em-up, shoot’em-up, action game. It’s coming to PC, Mac, and Linux via Steam, running at 60 glorious frames per second.

From the looks of it, you’ll freely fly through the air in To the Death, slashing, shooting, and killing, switching to between two warriors, all while looking incredible. Read up a bit on the Kickstarter page and you’ll get details on combat, customization, and multiplayer.

I want to play this. You should too.