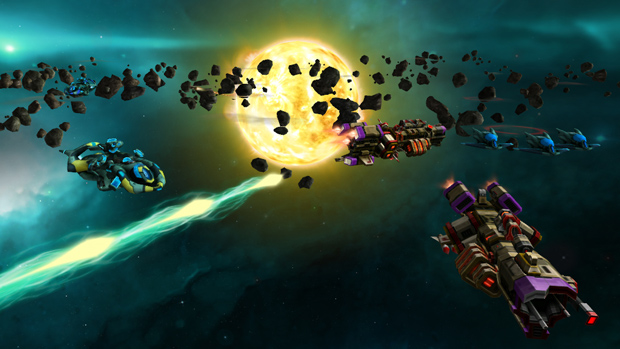 Releasing early this year for PC, Mac, and iPad

Civilization and XCOM studio Firaxis Games is sticking with space for its next game, Sid Meier’s Starships. The studio and publisher 2K describe it as a “new turn-based, adventure-driven interstellar strategy game” (PC, Mac, iPad) based on the existing Beyond Earth universe.

The video, if you haven’t already rushed to click play, is the game’s intro sequence. No gameplay!

“My goal was to create an experience that focuses on starship design and combat within a universe filled with interstellar adventure, diplomacy, and exploration,” said Sid Meier.

Players will grow their fleet, research technologies, and blow other ships to pieces. As for the part of the game that makes weekends instantly vanish, “Each new campaign will feature its own distinctive galactic strategy map of worlds with dynamically generated tactical combat missions.”

Firaxis also hinted at cross-game functionality between Beyond Earth and Starships. Owning both titles “will enhance and expand the depth of both game experiences” in some way.