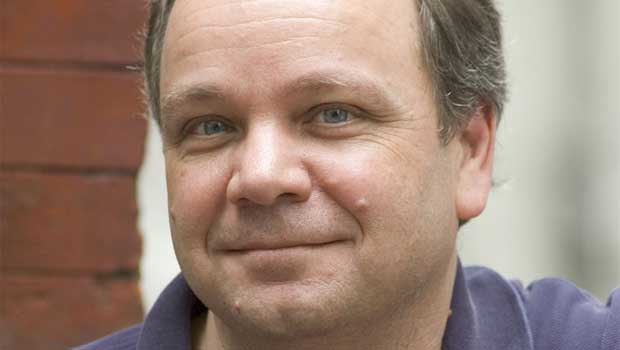 With over 25 years in the game industry, when Firaxis Games’ Sid Meier talks people listen. And he’ll be talking at this year’s Game Developers Conference in San Francisco this March.

Sure, a lot of people will be speaking at GDC this year, but only Meier will lead the conference’s keynote address. In a presentation entitled “The Psychology of Game Design (Everything You Know Is Wrong),” Meier will discuss how the driving force of game design should be the psychology of the player, rather than “laws of logic, physics, and algebra.”

My mind is blown already. That’s why Meier’s speaking, and I’ll just be there listening (sitting on the edge of my seat) in March.

A full press release detailing Meier’s talk can be found after the jump.

SAN FRANCISCO – Jan. 27, 2010 – Sid Meier, the Director of Creative Development and co-founder of Firaxis Games, will bring to bear over 25 years of experience in game design in the keynote address at the 2010 Game Developers Conference® (GDC).  Best known for his work designing the genre-defining Civilization strategy game franchise, Sid Meier will present a keynote entitled “The Psychology of Game Design (Everything You Know Is Wrong).”

In this rare address, Meier will describe how real-world, historical and mathematical facts cannot form the foundation of a successful game design.  Instead, Meier will argue, the driving force of a game’s design should be the psychology of the player.  The keynote address will take place Friday, March 12 at the Game Developers Conference, which runs from March 9-13 at the Moscone Convention Center in San Francisco.

In his keynote, Sid Meier will draw illustrative examples from his canon to illustrate how the complexities of human psychology can inform game design more than the laws of logic, physics, or algebra.  In this development model, egomania, paranoia and delusion become part of the designer’s toolkit, as the player’s perception becomes the real reality, connecting gameplay to the player’s psychological experience.

Meier is a recipient of multiple video game awards, including the Lifetime Achievement Award at the 2008 Game Developers Choice Awards and entry into the Academy of Interactive Arts and Science’s Hall of Fame.  His resume includes a plethora of pioneering and genre-defining titles, including 1991’s Civilization, which challenged gamers to balance city-planning, economics, education, military strategy and global diplomacy, as well as the critically acclaimed 2008 follow-up Civilization Revolution. His other titles have included Pirates!, a unique blend of action, roleplaying, and strategy, as well as RailRoad Tycoon, one of the first ‘god’ games.

“It’s an honor to have Sid Meier, a true pioneer in game development, share his decades worth of insight at the 2010 Game Developers Conference,” says Meggan Scavio, GDC Event Director, “We’re also delighted to welcome so many other high quality lectures from the industry’s leading developers.”

Alongside the Meier keynote announcement, GDC organizers are also revealing multiple other major new lectures and panels, including the following highlights:

– Ubisoft Montreal lead designer Patrick Plourde will speak on ‘Designing Assassin’s Creed 2’, discussing how “the design team faced the challenges of an enormous scope, one of the biggest development teams ever assembled and a limited time frame” for the critically acclaimed, Renaissance Italy-set action game.

– In a lecture entitled ‘Get Your Game Out Of My Movie! Interactive Storytelling in Mass Effect 2’, BioWare’s  Armando Troisi “will focus on the narrative design fundamentals used at BioWare and how they evolved for Mass Effect 2, explaining components of the just-debuted game’s story design, problems encountered during implementation, and design choices made for the long-awaited franchise sequel.