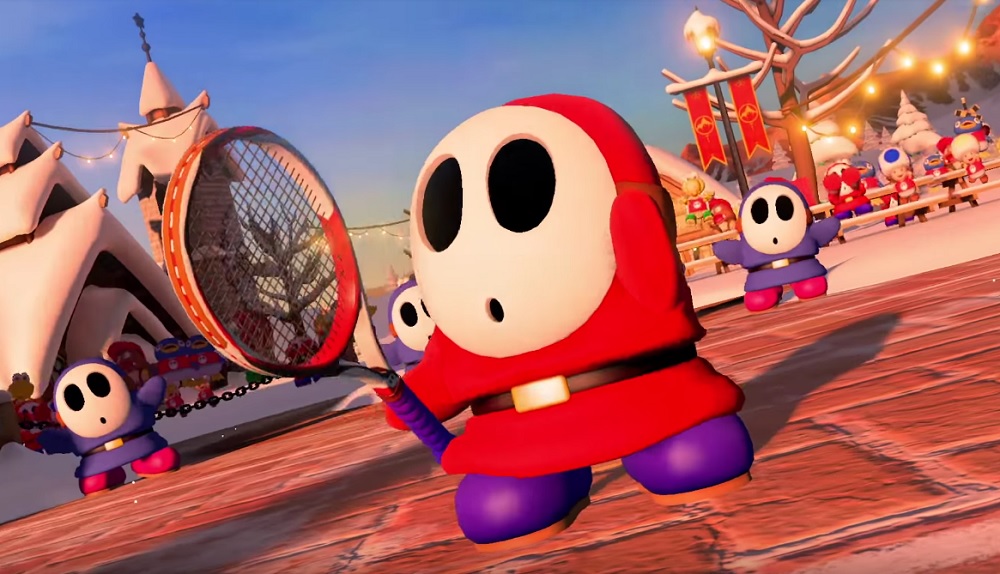 That piranha plant sure gets around

Not content with being the first DLC character for the upcoming Super Smash Bros. Ultimate, Piranha Plant is all set to make his debut on the courts, as he and perennial lackey Shy Guy join Nintendo’s Mario Tennis Aces From December 1.

To unlock the two classic villains, all players need do is join in an online tournament between December and January 1. A Singles tourney will bag you the polka-dotted plant, while playing a Doubles tournament will unlock the perpetually surprised Shy Guy, who debuted in Super Mario Bros. 2.

Two new trailers show off both characters, giving you a glimpse at their technical and super shots. Petey Piranha, sporting a snazzy pair of pants, utilises tornadoes to rain down hell from the skies, whilst Shy Guy uses a raft of balloons to gain the much-needed higher ground.

Mario Tennis Aces is available now on Nintendo Switch. The next wave of DLC characters include Pauline, Luma and Boom Boom.