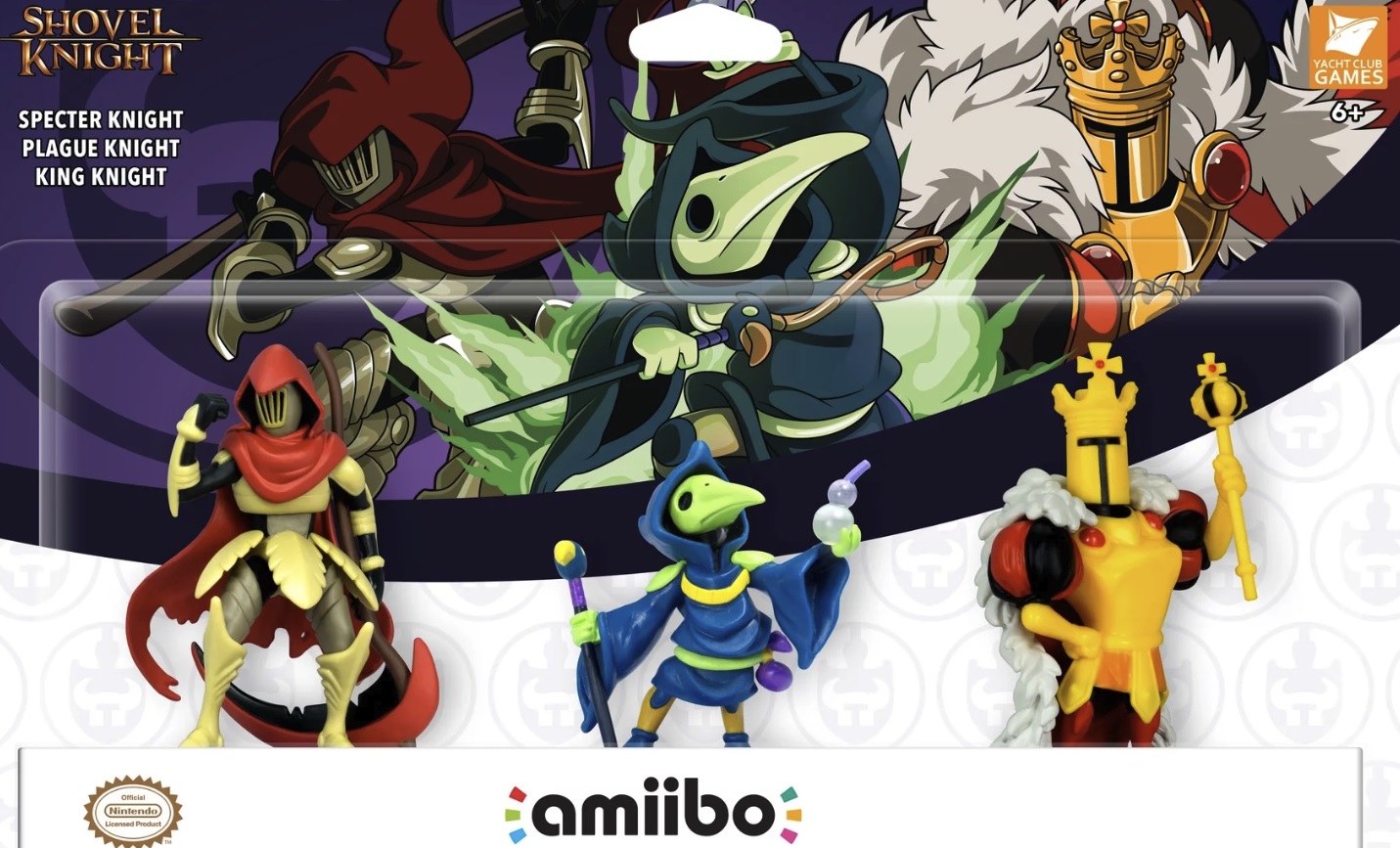 The cool looking amiiibo three-pack for Shovel Knight, which was set to arrive with the King Knight expansion, has hopped around placeholder dates since 2017. Shovel Knight’s last expansion, Specter of Torment, arrived over a year ago in March. Yacht Club Games has been toiling away at the King Knight add-on (King of Cards) and the Smash Bros minigame — and instead of releasing them separately, they’re doing it all in one go.

Announced today in a sort of kick-off for the PAX West weekend, the release date for the complete Shovel Knight experience originally promised in the March 2013 Kickstarter is April 9, 2019. Yep, Yacht Club will have effectively been working on this project for six years at the time of the release of the last set of expansions. If you’re so inclined you can buy the Treasure Trove edition now for 25 bucks and get everything later, or opt for the “complete collection” for $40 down the line. The amiibo set will be out on the same day.

The wait between expansions may seem excessive, but Yacht Club really did this right. Instead of delaying the project for years on end and bungling communication efforts (hello Mighty No. 9), they released a stellar game and continued to build on it. Each expansion has been fantastic and when all is said and done we’ll have a gigantic well-crafted platformer on our hands to play for the rest of our lives. At launch this thing was $15, and if you bought in then you got every future release for free.