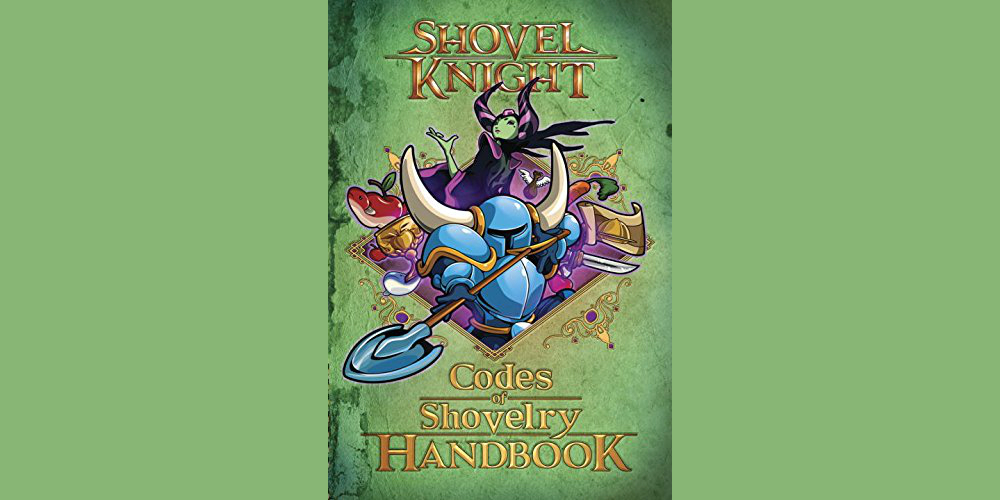 Yacht Club Games’ Shovel Knight train continues with a new official book called the “Codes of Shovelry Handbook.” It boasts an overview of the game, biographies for all of the core characters, and “enhanced tips for gameplay.” The age rating is noted as “8-12 years,” and it clocks in at 80 pages, so it probably isn’t heavy reading.

The January 10, 2017 release date is probably a placeholder (or is it, as all of the DLC could feasibly be out by then, making this a complete tome), but at least we know it exists!