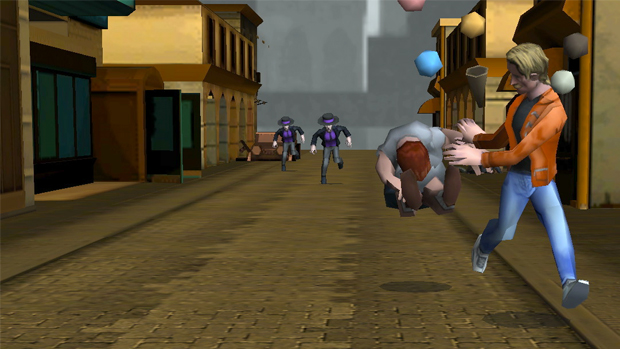 Shove this into your gaming hole

Rad Dragon, the goofs behind The Moonlighters, are making a shoving simulator for iOS. In Shove Pro, players take on the role of fictional stuntman Lars Speedwagon, who creates fabulous displays of shoving across European cities. Fingers crossed you can shove some snotty bourgeois and mimes into fountains.

I once shoved a kid through a wall in sixth grade.* You know, shoving people is pretty cool but rarely does an opportunity come along that allows us to legally and safely live out our shoving pleasures. Thank goodness for videogames, right?

The above trailer is certainly inspired and entertaining in a way few game teasers are but it doesn’t show off much of the game. From what I’ve gathered, this is an endless runner game that plays a bit like Pepsiman. We’ll just have to find out together when Shove Pro arrives on App Store, November 8, for $1.99.

*It was actually a playful three-way shoving match in my Texas history class. I shoved the BIG guy a bit too hard, he lost his balance, and he fell through the wall, leading to an empty space under the school stairs. My private school was too cheap to fix the hole, so they just put a lot of posters on top of the hole. I was locked away in a room for the next three days of school. I designed an ambitious Half-Life mod that would pit aliens against humans on Omaha Beach. It’s a work in progress.