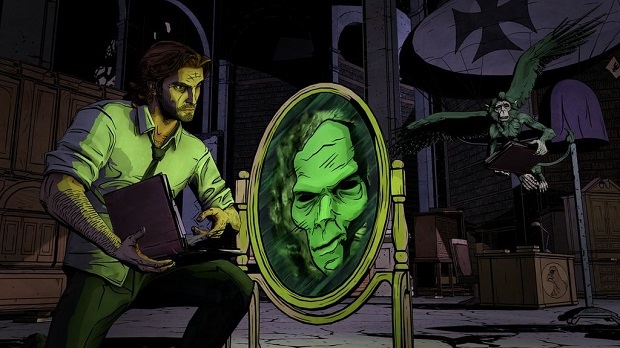 I’ve heard talk over the past few days that the first episode of Wolf Among Us may be hard to follow for those of you who haven’t read the Fables series, published by DC Comics’ Vertigo line. Having played through it yesterday as someone who hasn’t read them, I can say for sure that it’s very easy to follow, mostly because it is a prequel. So long as you’ve dabbled into any sort of fiction that deals with “fairytales in the real world,” such as 10th Kingdom, Once Upon a Time, or the TV show Grimm, Wolf Among Us shouldn’t give you any trouble.

Basically, all you need to know is that a bunch of fairytales once lived in a magical land similar to the stories we read as children, and now, they are forced to live among humans (“Mundanes,” or “Mundies”) in the real world — depending on their physical appearance, they need to use “glamour” spells to blend in. That’s it. Everything else, whether it’s character introductions or established roles, is very easy to follow and pick up.

Shortly after completing the first episode I was even inspired to read some Fables, and while it’s clear that there will be some fanservice and foreshadowing involved, fans and non-fans alike should be able to enjoy The Wolf Among Us.