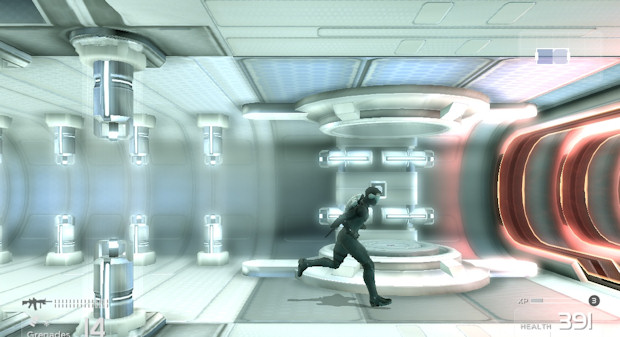 Should we boycott Shadow Complex?

For a game that has received almost nothing but unanimous critical acclaim and has been hotly anticipated by gamers ever since it was announced at E3, that seems to be quite a bizarre, almost ridiculous question. If you are unaware of the recent controversy surrounding Shadow Complex, you could be forgiven for thinking that the boycotters were enraged PS3 fans, lashing out at an exclusive Xbox 360 game.

However, Shadow Complex is currently at the center of a touchy and thorny political issue, as it has become apparent that the game is based upon a world co-created by Orson Scott Card, a notorious writer who viciously campaigns against same-sex marriage and believes homosexuality to be a sexual dysfunction.

The answer is not simple. In fact, the question itself is not simple, made up as it is of many more questions that are undoubtedly brought to the surface when trying to unravel the debate.

Orson Scott Card is an American author, critic and public speaker. A number of his writings are political in nature and address the issue of gay marriage, which he believes is a “potentially devastating social experiment.” It is Card’s view that same-sex marriage would mark the end of democracy, and to that end, he has made a habit of opposing what he calls the “homosexual activist agenda.”

Card denies he is a homophobe: “This is a term that was invented to describe people with a pathological fear of homosexuals — the kind of people who engage in acts of violence against gays. But the term was immediately extended to apply to anyone who opposed the homosexual activist agenda in any way.”

For a man who claims not to have a phobia of homosexuals, he seems quite scared of letting gay people marry. For example, he believes that gay marriage would “spell the end of democracy.” He also seems to not have much respect for homosexuals, suggesting that they are “tragic genetic mix ups.” Whether he truly hates homosexuals or not, it’s obvious he doesn’t like them very much, and is threatened by the idea of them having the same rights he enjoys as a heterosexual.

Shadow Complex, developed by Chair and Epic Games, has a universe created in conjunction with Card. The game acts as a prequel to Empire, a game currently being worked on by Chair. The studio contacted Card and offered him the chance to help embellish the game’s universe, as well as write a novel based on the universe, also called Empire. It’s a unique case of a novelist co-creating a world with a game developer, and has led to some confusion as to what is based on what.

The game itself is written by Peter David. When Gay Gamer wrote about the controversy, it was pointed out that Peter David was a “gay-friendly” comic book writer, who has always included gay characters in his work without persecution and has been responsible for some high-profile gay Marvel superheroes. David has also stated that he completely disagrees with Card’s politics, and not just when it comes to homosexuality.

In addition, Chair toned down the political elements of Card’s contribution to the Empire universe, providing more of an action flick-style game than a deep and twisting political thriller. Shadow Complex itself does not espouse a view on gay marriage, one way or another. However, despite the fact that Peter David wrote the game, that Chair itself doesn’t hold a public political viewpoint and that Shadow Complex isn’t for or against same-sex marriage, a number of gamers, especially those on that hotbed of intelligentsia NeoGAF, are chewing on a gristly bone of contention.

If your answer to that question is yes, then you need to seriously rethink how you participate in the world. It’s highly likely that everything you enjoy, from the TV shows you watch to the food that you eat, is benefiting somebody who holds views you disagree with — views potentially more extreme than Card’s. In all probability, you’ve given your money to far worse people than Card, who is, to be honest, little more than a small and frightened man with a big mouth and an illogical desire for normalcy based upon his Mormon ideals.

Gamasutra points out one such bigot who outranks Card. I’m sure many of you reading this have played a Dragon Quest game before. The music for Dragon Quest was composed by Koichi Sugiyama, who has worked on all nine main entries in the series. Sugiyama also happens to be a member of the far right and denies that the rape of Nanking ever happened. As much as Card’s opinions dismay me, that little bigot couldn’t hold a candle to Sugiyama, whose views are absolutely abhorrent and disgusting. However, should we not buy a Dragon Quest game because one of the team members is a man with a horrendous opinion?

At the end of the day, that’s all these men have: Opinions. Everybody has opinions, perhaps views that even Card or Sugiyama find tasteless and distressing. Does this mean they have no right to a job? That they don’t deserve to earn money? I don’t think that’s the case. Both men deserve the opportunity to make a living and earn their way in the world, however backward their thinking may be.

Can we successfully separate art and their creator? Some people can, quite easily. For instance, Gary Glitter is one of the United Kingdom’s most famous pedophiles. He was a musician who had found fame in the seventies and was enjoying a huge cult following in the nineties when it was discovered that he was downloading child pornography to his computer. He has since become one of the most vilified, hated men in the country, spending the rest of his life hiding from vigilantes and the British press.

Y’know, there are still people that love a good Glitter tune.

Are these people wrong to still enjoy his music, while condemning the man himself? I don’t think so. Glitter was a talented performer and showman, despite what he did, and while Gary Glitter — or rather, Paul Gadd — is a despicable creature, his music was good for what it was, and I don’t blame anybody for still enjoying the art he created, provided they’re not applauding him as a person. Once again, Glitter is a far worse human being than the relatively harmless Orson Scott Card.

Shadow Complex is a great little game. Better than the music of Gary Glitter, for sure. It’s a great game that Card was only vaguely involved with and yes, it’s true, he has likely made money from it. But he’s not an evil man. He’s a stupid man, in my opinion, but he’s not the most reprehensible character in the world. My answer to the burning question, as you may have gathered, is no. No, we should not boycott Shadow Complex. But that’s with emphasis on the we.

We as an organized unit should not boycott Shadow Complex. Getting up in arms and vilifying the game would put us on the same bigoted level as Card, really. He’s entitled to his opinion, and Chair was entitled to collaborate with him and use his talent as a writer. But that’s not to say you shouldn’t refuse to buy the game if you feel strongly about it.  I don’t blame anybody for having reservations about buying this game if it indirectly benefits a man like Card. I was lucky enough to have a code for Shadow Complex, but I can’t deny that if I was faced with the prospect of buying it, I wouldn’t stop and think about Orson Scott Card at least briefly before making a purchasing decision.

Shadow Complex is an ambitious, impressive XBLA game that was developed by a team of good people who would benefit from your money far more than Orson Scott Card ever would. If you want to boycott it, that is indeed your choice, but the true question for me is this: