Because who has time to do it the old-fashioned way?

The one-sentence description given upon sitting down at Shots Fired is a weird one. According to the representative at its PAX booth, it’s a “visual novel time management assassination simulation.”

I had to write that one down to make sure I got it right.

After getting some time with it, it makes sense. It’s all in there. One thing the description neglects to mention is the particular brand of dry humor permeating the whole thing. 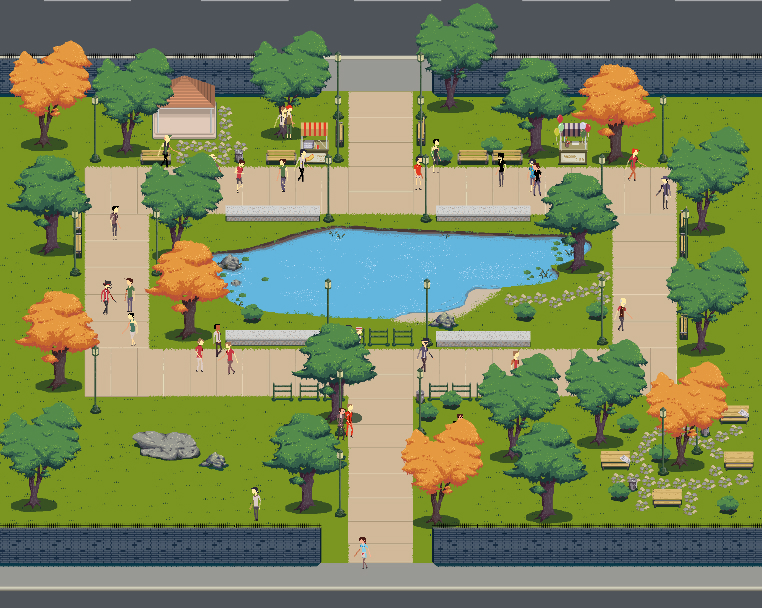 Wife murdered, daughter kidnapped, television stolen. That’s how Shots Fired starts, with the silhouetted protagonist vowing revenge for the heinous acts. Fortunately, he makes a living studying people, places, and things from a distance to provide meme-ified photos for FuzzBeed. This skill translates easily to doing the same thing, but looking through a scope attached to a high powered rifle rather than a telephoto lens.

So he’s got a job taking photos, he moonlights as a killer for hire, and he has to solve the mystery of the stolen TV and that other stuff that happened. It’s a lot to manage in a limited time, and sometimes opportunities will pass by if he’s not quick enough at the search or if he’s in another location altogether.

To aid in the time management, he makes full use of today’s technology to achieve his goals. He purchases a rifle from an online store with a familiar smile logo. He texts with his informants and communicates entirely via emoji. To get from location to location, he calls a car on the Tsuper app. And of course, to take on assassination jobs, he browses the Tinder-esque browser called Killr.

Those parody tech giants are just one small piece of Shots Fired‘s brand of humor. The bulk of it is a deadpan delivery of the absurdist morbidity of this world. Clients call in hits for trivial reasons, like when the ice cream man gave somebody the wrong flavor. The whole setup is treated as though the three crimes against the hero are equal to one another in severity; that TV holds a lot of sentimental value, I guess.

That particular dry flavor is what sets Shots Fired apart from any old 2D sniping game. The joy here isn’t derived from the zooming, pointing, and clicking of an assassination. It’s everything leading up to that point. It’s getting intel the target has a cool haircut and scanning the environment full of chunky pixel characters trying to make that value judgment. It’s nonchalantly murdering somebody because he barely inconvenienced someone else. It’s putting equal weight on rescuing a human child and recovering an old cathode ray tube TV.