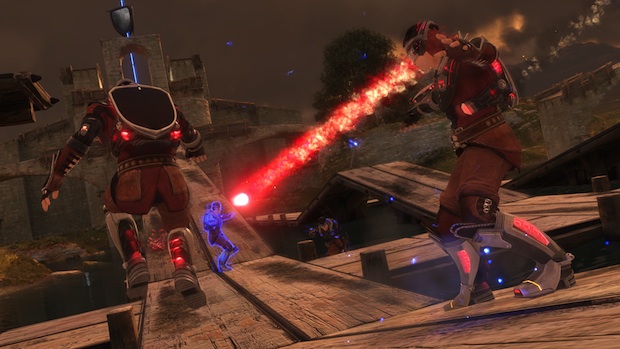 Upcoming PC online multiplayer shooter ShootMania Storm has a date: January 23, 2013. You’ll be able to download it then to shoot others in the face. With non-lethal weapons.

The crazy, fast-paced, Quake-style deathmatch game is a big deal in the eSports world. In fact, it’s being played at the MLG event in Dallas this weekend. It will also show up at IPL 5 in Las Vegas later this month.

A pre-order will get you full beta access. Ubisoft says that Beta 2 starts next month.