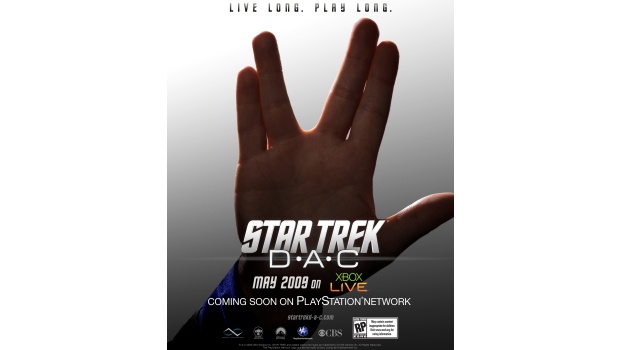 We’ve already exhausted all of the ‘boldly going’ jokes and intros, so we’ll get right to it. Besides, movie license games aren’t really that bold.

Star Trek D-A-C is coming this may to the Xbox Live Arcade this May, and will follow on the PlayStation Network and Windows PCs soon after. It’s a top-down shooter inspired by the Paramount Pictures movie Star Trek, with sounds, music, and even a new ship taken directly from the film.

You’ll play in online co-op or multiplayer battles in the captian’s chair, fighting as either members of the Starfleet or the Romulan Empire in a variety of ships. Up to 12 players can compete in team combat in Team Deathmatch, Assault, and Conquest modes.

You can pilot the U.S.S Enterprise — c’mon people!

I’d love to show you what the game looks like, but no screenshots are available yet. We’ll update this story as soon as images come our way.