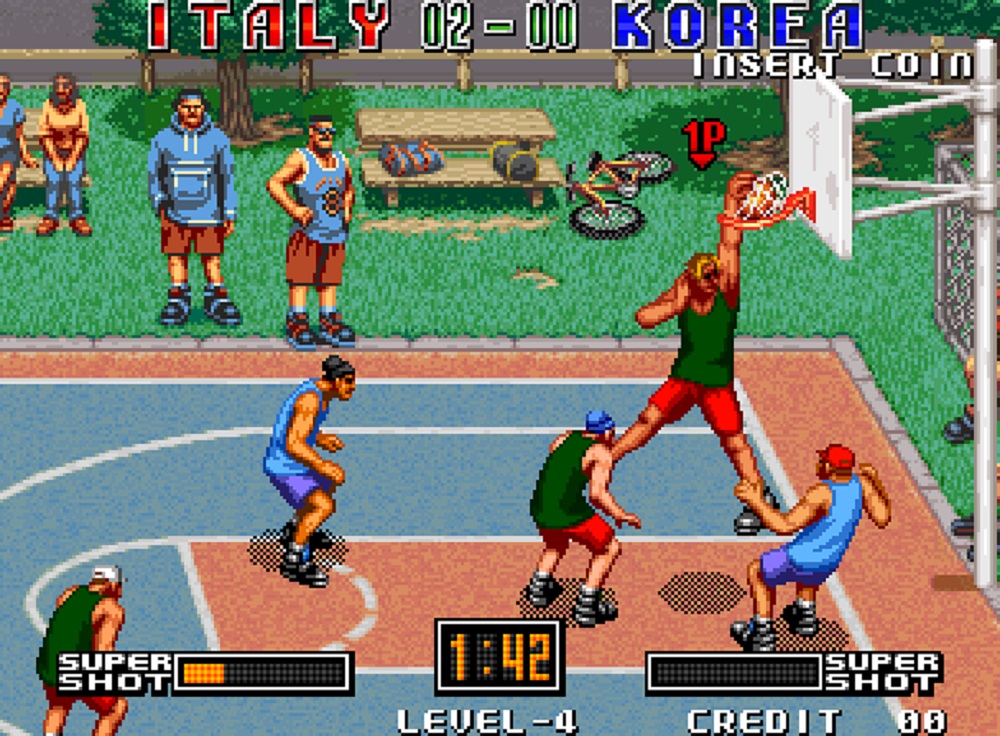 Features a couple of guys who’re up to no good

The latest Neo-Geo arcade classic to hit modern consoles is 1994’s Street Hoop, which is back to bounce on the Nintendo Switch and Xbox One.

Street Hoop – also known as Street Slam and Dream Dunk – was SNK’s attempt to ride the the coat-tails of Midway’s arcade smash, NBA JAM, which blew up in ’93. The game features three-on-three hard-court action, with ten selectable teams available from around the world, each having their own strengths and weaknesses.

The game also features commentary shamelessly copied from Midway’s JAM title, but does at least have an amusing rap soundtrack. A fun bit of trivia; Street Hoop is the inspiration for one-time KOF entrant Lucky Glauber, a member of the “Sports Team” from SNK’s crossover title King Of Fighters ’94.

Street Hoop is the latest release in HAMSTER’s ACA Neo-Geo range, bringing a bevy of 90’s MVS titles to modern consoles. It is out now on Switch and Xbox One, priced at $8.