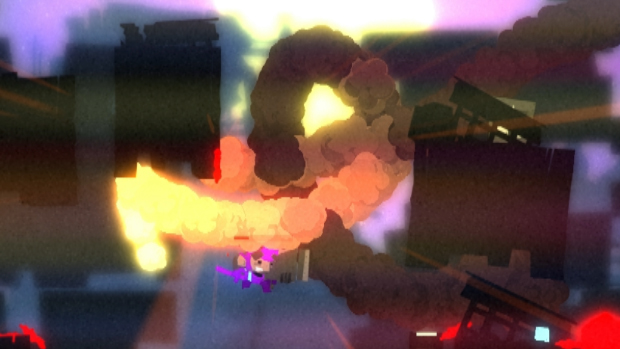 A 2D arena shooter from the developers of Time Gentlemen, Please

Indie developer Size Five Games continues to make its transition from adventure titles to action games with the upcoming release of GUN_MONKEYS: a 2D deathmatch shooter that its creator describes as “2D Unreal Tournament meets Bomberman.” GUN_MONKEYS is slated for Windows, Mac, and Linux, but the developer is considering tablet and console release. There is no release date but a beta will begin shortly (tweet at @danthat for access).

While Size Five Games got recognition for its adventure titles Time Gentlemen, Please and Ben There Dan That!, the developer has been exploring shooting action with Privates, upcoming stealth platformer The Swindle, and Gibbage (which GUN_MONKEYS is a remake of).

The plot of GUN_MONKEYS is as ludicrous as one would hope, going by the title. In a post-apocalyptic monkey-loving future, corporations battle over energy. The human race has been annihilated from an experiment gone wrong, so now monkeys battle over Power Cubes for survival. The game is delightfully meta in that the player is controlling a player who is controlling monkey avatars from afar. Monkeyception.