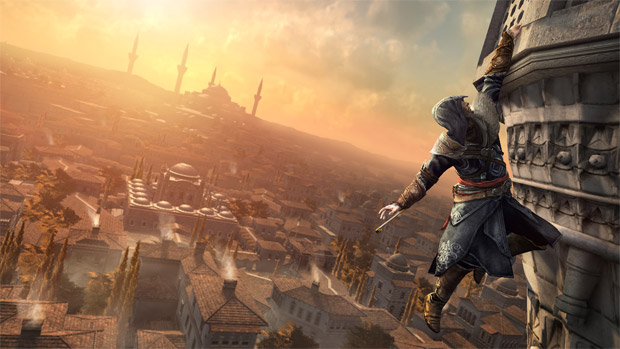 In a twist that is a unsurprising as James Bond not dying at the end of a movie, Assassin’s Creed: Revelations‘ lead writer Darby McDevitt (“It’s DeWitt!”) has told CVG that the upcoming game “won’t answer everything because Desmond’s story continues. But fans will definitely know most of the important details of Ezio and Altair’s lives, and how they fit into the grand scheme.”

The game’s creative director Alexandre Amancio has said before that “We’re closing all the loops that have been started, [those] that have been left in suspense. And we’re going to reveal not only a lot of stuff about the first civilization plotline, but we’re also going to conclude the Ezio and Altair storylines.” I guess they are not closing all the loops after all.

Still no word on whether or not Ezio will actually survive his appearance in the supposedly final Assassin’s Creed game he’ll be starring in (they’ll need to put him in handheld and mobile games after all), but McDevitt was willing to say that “hardcore fans know the logic of the Animus prevents us from seeing certain things in a character’s life — but we also know how to pull a few devious tricks. Just wait and see.”

I hope they’ll be using that “logic of the Animus” to explain to the hardcore fans exactly how any Assassin’s Creed game is going to work after December 21st, 2012.